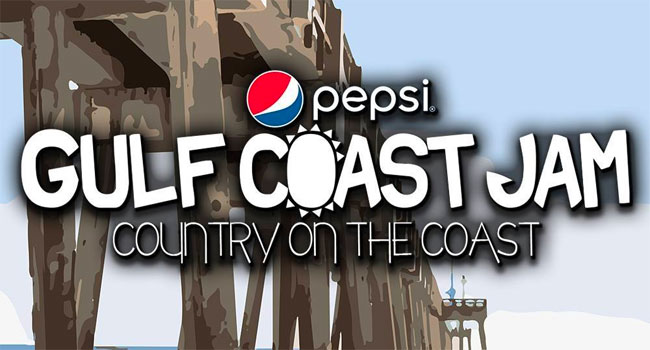 Event is scheduled as planned for Labor Day Weekend

“All plans are moving forward for what we feel will be our biggest festival ever,” shares Executive Producer Rendy Lovelady. “Our Jammers are some of the most dedicated music lovers on the planet, and we can’t wait to get them all down here for some fun in the sun!”

“We’ve said we want to play every venue and market we’ve ever visited around the world and even some we haven’t, so we get to see all of Skynyrd Nation,” states Lynyrd Skynyrd lead vocalist Johnny Van Zant. “We didn’t get to play Pepsi Gulf Coast Jam in 2016 because of a hurricane so we are excited to return to the festival with our farewell tour!”

Performance dates and times will be released exclusively via the festival’s mobile app that will launch closer to the festival.

Tickets for the three day festival are on sale now with VIP, Military, First Responder and other ticketing options, along with limited three-day general parking and platinum parking passes available. Finance packages with easy payment plans are also being offered at GulfCoastJam.com.

Skynyrd just canceled the remaining 2020 dates of its Last of the Street Survivors Farewell Tour because of “too many unknown factors and questions” to move forward at this point.

Bryan delayed the release of his next album and start of tour due to COVID-19. Bryan was planning to release Born Here Live Here Die Here on April 24th but moved it to August 7th, and pushed the Proud To Be Right Here Tour from a May start to July 10th, as of press time.

Paisley appears to have quietly wiped most of the dates from his 2020 World Tour off of his website. He was set to kick the trek off May 15th in Concord, CA with Jordan Davis and rising star Gabby Barrett, but only six dates remain with three in August, one in September and two in December. No formal announcement has been made by Paisley or his team as of press time about the fate of the scrapped shows.