The Country Music Hall of Fame and Museum will explore the life and career of reigning CMA Entertainer of the Year Luke Bryan with the summer exhibition Luke Bryan: Dirt Road Diary, which opens May 22nd and runs through November 8th.

The exhibition will examine the singer-songwriter’s roots and rise to stardom. Since beginning his music career in the mid-2000s, Bryan has gone from co-writing songs for other artists to selling millions of records, filling concert arenas, and receiving prestigious music awards. With an emphasis on his phenomenal success in 2014, the exhibit will also look back at his life, from growing up the son of a peanut farmer in south Georgia to his poignant, leap-of-faith move to Nashville. Fans will see stage clothes, instruments, awards, photos, and other unique memorabilia from Bryan’s personal collection.

“I remember bringing my parents to visit the museum and dreaming of something like this one day. Now to have an exhibit about my life that my family, friends, and fans can come and see is just so cool,” said Bryan.

“I remember bringing my parents to visit the museum and dreaming of something like this one day.”

“In one of Luke Bryan’s songs,” said Museum Director Kyle Young, “he says: ‘If you want to know the real me / Just turn the page in my dirt road diary.'” In this exhibition, Luke is an open book, sharing insights into his life and music with museum visitors. He joins Taylor Swift, Carrie Underwood and Miranda Lambert in the list of contemporary artists featured in special summer exhibits that look at country music stardom in the twenty-first century.”

Since the release of his first album, in 2007, Bryan has placed 12 singles at #1 and sold millions of albums and digital tracks. He has been named Entertainer of the Year by both the Academy of Country Music and the Country Music Association. Bryan’s latest album, Crash My Party, is certified double platinum, for sales of over two million copies. The set generated six consecutive #1 singles: “That’s My Kind of Night,” “Crash My Party,” “Drink a Beer,” Play It Again,” “Roller Coaster” and “I See You.” Bryan made Billboard chart history when he became the first artist to hold the top two positions on the trade publications Country Airplay chart since it began in 1990.

Bryan played to 1.7 million fans last year, and in 2015 he will perform in Europe for the first time. On March 10th, he released his final Spring Break album, Spring Break…Checkin’ Out. The Georgia native embarks in May on a new tour, the Kick the Dust Up Tour.

The reigning CMA Entertainer of the Year, Bryan will co-host the 50th Academy of Country Music Awards with Blake Shelton on April 19th. 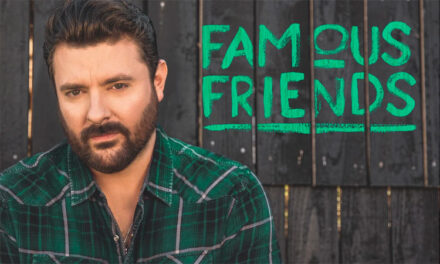