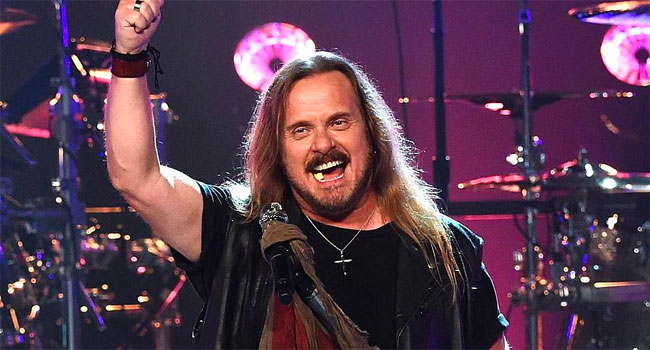 Singer shares the news in a social media video

Lynyrd Skynyrd frontman Johnny Van Zant has contracted COVID. The rocker shared that he had spread the virus to the rest of the band without even knowing.

“What a week I’ve had. What a week our family’s had. Well, let me just say, it’s been one heck of a week. We are all on quarantine around here due to me coming down with the virus first. I spread it to everybody else and I had no clue I had it, and that’s the scary thing about this virus,” Van Zant shares. “My thing that I would tell anybody is that if you start to feel sick at all: head cold, just weak, nose running, a cough, just a little bit, go get tested because I thought there’s no way I could have the coronavirus. I had the shots, the Pfizer shots, and I take zinc. I take all of that stuff and I still came down with it, but that goes to show you how powerful this virus is. So for those of you who think there is no virus, I’m living proof talking to you that there is.”

Van Zant seems to be covering well as he’s upbeat in the video that’s posted below.

Lynyrd Skynyrd is set to resume touring with a headlining performance at the Pepsi Gulf Coast Jam on June 4th in Florida. Other dates lined up throughout the year include two nights at Billy Bob’s Texas, fairs and other country music festivals.