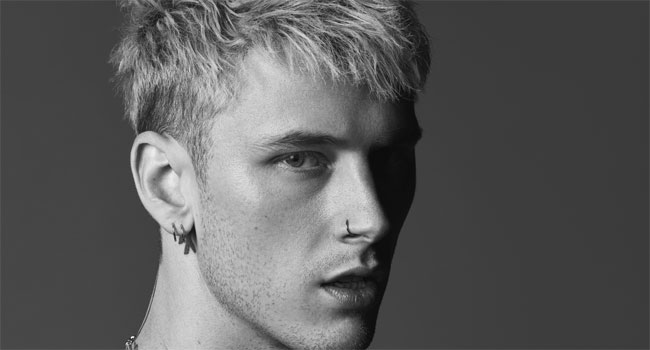 The track appears on his upcoming Tickets to My Downfall, available September 25th via Interscope Records. The album is executive produced by Travis Barker.

Over the last month, Machine Gun Kelly recently teased “Concert For Aliens” on Good Morning America and received a VMA nomination for his video “Bloody Valentine” starring Megan Fox. The fun-hearted visual sits at over 29 million views and 100 million streams globally. Machine Gun Kelly has also been on a rapid rise in the film industry.