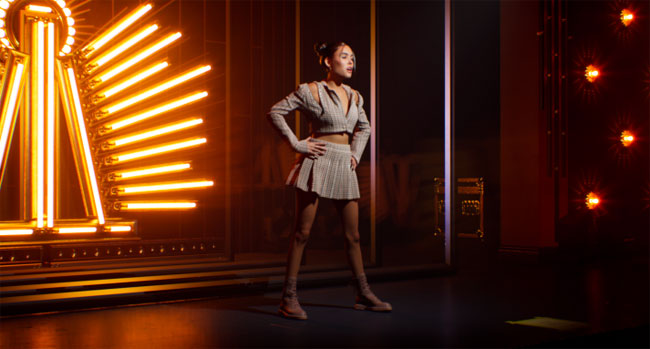 Singer/songwriter Madison Beer is teaming up with Sony Music Entertainment and Verizon to put fans in the front row for a groundbreaking virtual concert experience that reimagines live performance for on-demand viewing across digital platforms in incredibly lifelike immersive reality.

The immersive experience will take place in a meticulous recreation of the Sony Hall concert venue in New York City and will feature dazzling special effects that capture Madison Beer’s artistic vision in full. The set will include an electrifying performance of her latest single “BOYSH*T” that highlights the new opportunities for artists to push the boundaries of their imagination and creativity within virtual spaces.

Fans will be able to view the Madison Beer Immersive Reality Concert Experience on PlayStation VR and Oculus VR, and as a captivating immersive 2D experience, which will be broadly available on streaming music video channels. It is set to debut later this winter.

“The process of putting this performance together is like nothing I’ve ever done before,” states Beer. “I love creating visuals, so it was really exciting for me to get involved in the process and make something special for my fans. We’re all disappointed we can’t go out and experience these songs on tour together, so creating a performance like this one feels like a true gift.”

“Madison Beer is raising the bar of what’s possible in a virtual concert performance and we couldn’t be more excited,” comments Sylvia Rhone, Chairwoman and CEO, Epic Records. “With this cutting-edge collaboration of music and technology, Madison has brought her innovative vision to life in a unique way while taking it to new heights. This is another example of Epic’s commitment to empower our artists with groundbreaking opportunities to expand their creative options and engage fans through immersive experiences.”

“We are pleased to be partnering with Verizon to bring Madison Beer’s groundbreaking immersive performance to fans across a range of streaming and VR platforms,” states Dennis Kooker, President, Global Digital Business and U.S. Sales, Sony Music Entertainment. “This is a forward-looking, incredibly lifelike experience that brings a new dimension to Madison’s artistry and highlights the capabilities of these innovative formats which bring fans closer to the music than ever before.”

“New technologies only become real for consumers through groundbreaking performances like this one,” adds Erin McPherson, Head of Consumer Content and Partnerships at Verizon. “Madison Beer is one of the most exciting young performers today, and her willingness to disrupt is a glimpse into the future of creativity and engagement in music. As interactive performances continue to evolve, Madison Beer and Sony will stand as a milestone in the development of new, immersive experiences for consumers, powered by Verizon.”

Sony Immersive Music Studios, a new subsidiary of Sony Corporation of America focused on developing immersive music experiences through the power of creativity and technology, is partnering with Sony Music and Verizon to support the development of the immersive experience.

Sony Music and Verizon previewed the new Madison Beer experience as part of Sony Corp’s Media Day presentation at the all-digital CES 2021. A first look at behind-the-scenes footage from the making of the concert, along with special interviews with Madison and the team bringing this dynamic experience to life is available at Sony.com.