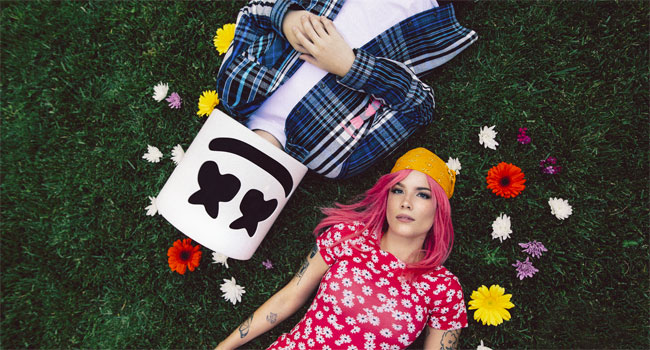 Marshmello and Halsey team up on the new single “Be Kind.” The single is out now along with Marshmello’s accompanying lyric video. The pair will talk about “Be Kind” in an Instagram Live at noon PT on Friday, May 1st.

“As soon as we finished the song, I was instantly obsessed!” says Marshmello. “Halsey and I connected and were both on the same page with what we wanted the final outcome to be! And it turned out great.”

“Be Kind” is the latest song offered from Marshmello, who is coming off a strong 2019 with 5x platinum “Happier” with Bastille – also released by Astralwerks – plus 4x platinum “Silence” with Khalid, and platinum certification for “Project Dreams” ft. Roddy Ricch and “Everyday” ft. Logic. Watch Marshmello play Fortnite with a fan on YouTube Gaming this Saturday, May 2nd.

Halsey kicked off 2020 with the release of her new album, Manic, which debuted at No. 1 on Billboard’s Top Current Albums chart and has been certified platinum in numerous countries, including the U.S. It contains the 8x platinum “Without Me” – the most-played song of 2019 at U.S. radio and the longest-running Billboard Hot 100 Top 10 hit by a female artist of this century – and the platinum hits “Graveyard” and “You Should Be Sad.”