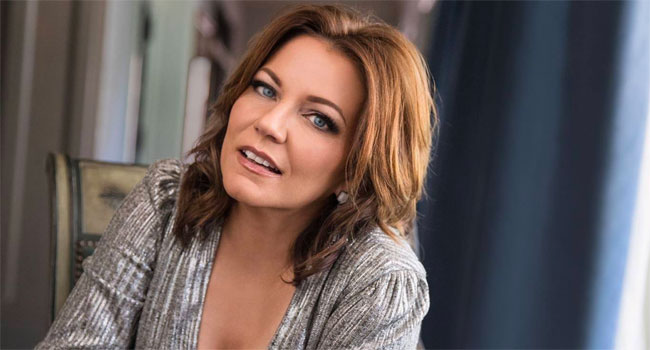 Song was recorded in quarantine

Country icon and lifestyle entrepreneur Martina McBride appeared on NBC’s Songland last night (Mon, May 4th) where she was presented with four new songs and collaborated with producer-panelists Ryan Tedder, Ester Dean and Shane McAnally to make her final choice. “Girls Like Me” is available globally on all streaming platforms.

Fans can tune-in to CMT and CMT Music to check out the official music video for “Girls Like Me” throughout the day.

“Girls Like Me” was originally co-written by Songland songwriter Halie and her brother, recording artist Michael Tyler, Dan Swank, and Lexi Lauren. Halie was paired with producer-panelist Ester Dean on Songland to creatively adapt the song to fit McBride. The 20 year old Halie moved from Thayer, MO to Nashville right after high school in 2018 and cites McBride as an early influence.

“I grew up listening to Martina and ‘This One’s For The Girls’ was one of my favorites,” states Halie. “We wanted to write a song that girls can relate to in an honest way. I wanted them to know that it’s ok to have insecurities. I’m so glad I get to deliver that message through Martina McBride.”

“I love the message of this song,” adds McBride. “We’ve all gone through things in life and have dealt with insecurities and mistakes. HALIE wrote this from a young woman’s perspective and I needed to be able to sing it from the perspective of someone who has already been down this road and is saying basically, ‘I’ve been where you are and it’s all going to be ok.’ There was so much of the lyric and melody that I loved and once I was able to find the way to flip the narrative, so to speak, it all came together beautifully. I think the message is powerful and relatable.”

While the episode of Songland was filmed before the global pandemic shuttered studios, McBride faced the challenge to record the song and film a performance video in its aftermath. She reached out to long-time collaborator Nathan Chapman to perform all the instruments and produce the track remotely.

“Making a record during this pandemic was challenging. Studios are closed and you are not allowed to gather musicians together to record. I have to say that I don’t know how I could have made this record without Nathan. He is such a gifted musician, singer, and producer and was able to play and record all of the instruments on the track from his home studio. Aside from our initial meeting, before isolation began, when I played him the demo and we talked about doing this project, we were never in the same building throughout the entire recording process. But we both had the same vision and we were able to communicate that into a beautiful finished record,” she shares.

As soon as the song was done, McBride created a concept for the performance video with director John Shearer. What would normally be a full production music video was scaled down to a socially distant skeleton crew.

“In some ways making the video was even more challenging than making the record. It’s very hard to communicate and also feel the energy when everyone is wearing masks and gloves and social distancing. Usually on a video shoot there is a glam team, lots of people working and laughing, catering, music playing, and the whole vibe is buzzing. This was pretty much the exact opposite of that and everyone was very careful and cautious. I’m proud of John and the small crew we had for actually pulling it off.”