ASCAP, The American Society of Composers, Authors and Publishers, the world leader in performing rights and advocacy for music creators, is convening a roster of top female songwriters, producers, artists and engineers for its first She Is The Music Song Camp, including the Grammy-winning, Oscar-nominated Mary J. Blige. Hit producer and music executive Ron Fair is donating his Faircraft Studio in Nashville for the event, which will take place October 17-19th.

She Is The Music is an industry-wide initiative to increase opportunities for and empower female music creators. It is committed to progressing inclusivity and equality for women in music, with the goal of transforming the landscape of the business. She Is The Music was created in response to a music industry report from the USC Annenberg Inclusion Initiative, with data revealing huge inequalities for female musicians. The effort was co-founded by esteemed industry figures including global superstar Alicia Keys, Universal Music Publishing Group Chairman and CEO Jody Gerson, Grammy Award-winning engineer Ann Mincieli and WME partner and head of East Coast Music Samantha Kirby.

Two superstar engineers will be on hand: Kesha Lee, one of hip-hop’s hottest recording engineers, with chart-topping credits on Childish Gambino’s “This Is America” and Migos’ “Bad and Boujee;” and Maria Elisa Ayerbe, who has contributed to Grammy-winning recordings and worked with Ricky Martin, Marc Anthony, JLo and more. Rounding out the camp will be a trio of female producers: Ali Stone, a multi-instrumentalist and singer/songwriter who opened for Justin Bieber in 2017 in Columbia; Femke Weidema, whose “My Song” was featured on ABC’s hit show “Nashville” and The Wildcardz, a production duo that recently worked with R&B singer Justin Park and emerging pop singer/ songwriter Carly Paige.

“I’m looking forward to collaborating with these amazing women and to contribute to the goals of She Is The Music,” states Blige. “We all have the power to create change. As we continue to lift each other up, we will be unstoppable.”

“ASCAP is thrilled to be part of this trailblazing effort and bring this incredible group of talented women together for our first ‘She Is The Music’ song camp,” comments ASCAP Chief Executive Officer Elizabeth Matthews. “As a company, ASCAP is proud to have a large number of women in executive leadership positions, and we have a long history of successful song camps that have brought men and women together to write some of the biggest hit songs. We believe that still more can be done to further an inclusive music industry culture. To that end, it is important to give women as many opportunities as possible to share their talents with the world. “She Is The Music” is a wonderful way to bring us all together to focus on that goal.”

Cuts from ASCAP song camps have been recorded by a who’s who of artists including Kelly Clarkson, Selena Gomez, Ellie Goulding, Mika, Plain White Ts, Icona Pop and Latin artist Maria Parrado. ASCAP organizes up to five camps each year, spanning all music genres including pop, rock, hip-hop, rap, R&B and Latin. One of the most successful ASCAP song camp songs was “Somethin’ Bad,” written by Priscilla Renea, Brett James and Chris DeStefano, which was recorded by Miranda Lambert and Carrie Underwood and released in 2014. It peaked at No. 1 on the Billboard Hot Country Songs Chart, was nominated for a Grammy for Best Country Duo/Group Performance, and was later licensed by NBC and turned into the theme for NBC Sunday Night Football. 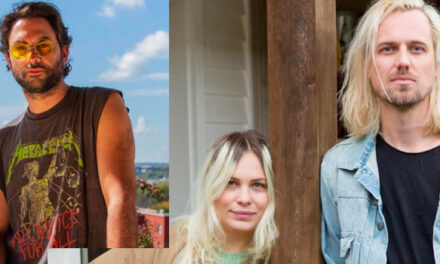 The Head and the Heart releases ‘Honeybee’ live performance video 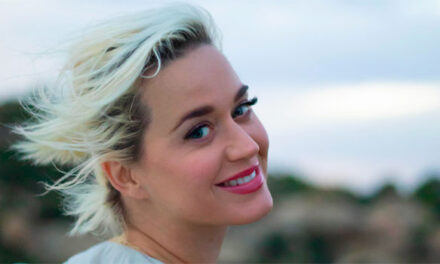