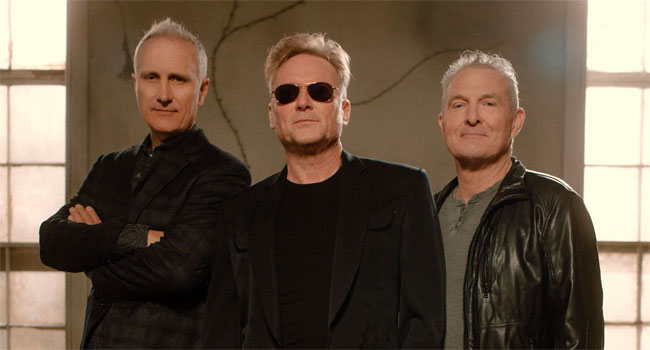 Band has been on and off for 32 years

When they first began releasing music in 1989, McBride & the Ride released three acclaimed albums Burnin’ Up The Road, Sacred Ground and Hurry Sundown with hit singles like “Love on the Loose, Heart on the Run,” “Sacred Ground,” “Going Out of My Mind,” and many more. The trio reunited in the early 2000s for a short run on Dualtone Records where they originally released the Jason Aldean smash “Amarillo Sky.” On Wednesday morning (March 3rd) on WSM/Circle Network’s morning show Coffee, Country and Cody, Ray Herndon, Terry McBride and Billy Thomas announced they are “getting the band back together” and ready to return to some of their favorite stages across the U.S. with tour dates being added everyday and talks of new music in the works.

Though the band has been on and off over the past 30 years, its members have thrived through their individual careers. Ray Herndon has been Lyle Lovett’s lead guitarist since 1985 and has had songs cut by Kenny Chesney, Aaron Tippin, Lee Greenwood, Linda Davis and more, he continues to operate his family’s historic club, Handlebar J, in Scottsdale, Arizona. Terry McBride has had quite a fruitful career, writing major hits for Brooks & Dunn, Reba McEntire, Easton Corbin, Cody Johnson and more. He toured with Brooks & Dunn through most of their biggest years playing bass and writing songs. Billy Thomas moved to Nashville from Los Angeles in 1987 and immediately started working with Vince Gill. He’s been Gill’s drummer on the road and in the studio ever since, and joined him in The Time Jumpers, one of Nashville’s favorite bands.

“In the ‘90s McBride & the Ride had an incredible vibe, that vibe is even stronger and better twenty plus years later! Singing these songs again with Terry and Billy is almost Zen-like! To say we are excited to ‘Ride’ again would be an understatement!” Herdon says.

“Even though it’s been almost 20 years since we last toured and performed together as McBride & the Ride, the chemistry we once shared is still there and the three part harmony we were known for in the ‘90s is just as strong as it ever was,” McBride says. “A lot of bands don’t get a second chance to come back, especially with all of the original members, so we’re going to make the most of it each time we take the stage. We can’t wait to hit the road and share our music with our fans again.”

“It’s always been easy making music with Ray and Terry. Times have changed, but our fans haven’t! I still run into folks who caught our live show back in the ‘90s and rave about their experience! I’m excited to ride again!” adds Thomas.

The band’s Terry McBride released his first-ever full-length solo effort last fall, Rebels & Angels. The project was produced by acclaimed producer and songwriter, Luke Laird and released by Creative Nation/TMc Records. The title track and first radio single is currently No. 3 at Texas Regional Radio. He continues to announce solo tour dates across the country as well.