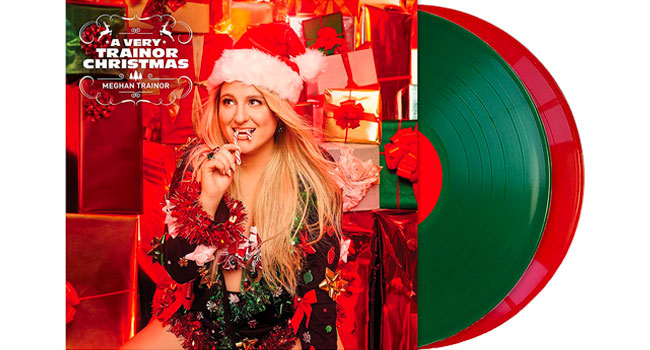 “My Kind of Present” and “Last Christmas” are available now

GRAMMY Award-winning singer/songwriter Meghan Trainor shares two songs from her forthcoming Christmas record, A Very Trainor Christmas, due out October 30th via Epic Records. The first is a new original holiday song, “My Kind of Present,” that she wrote with her two brothers, Justin and Ryan Trainor. “My Kind of Present” is one of five original songs set to be featured on the album. The second is her rendition of the classic song, “Last Christmas.”

Trainor enlisted the help of her entire family as she handcrafted the album. Whether it was as songwriters, background vocalists, producers, or instrumentalists – every Trainor played a crucial role in bringing this album to life. Trianor also invited some surprise guests to be a part of this Christmas party who will be announced soon.

“NOTHING makes me happier than the holidays w my family!” Trainor shares on social media with an animated ten second clip of the album cover. “This year has been difficult to say the least, so I’m tryna bring joy the best way I know how…with a Christmas album full of originals & classics!”

A Very Trainor Christmas will be available physically on CD and red and green double vinyl with an expanded jacket.