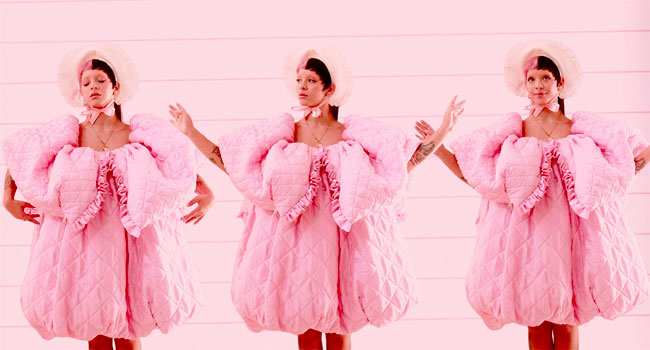 The “Glued” singer succeeded in pulling off a virtual global event.

I first became aware of Melanie Martinez from our Editor-in-Chief Buddy’s daughter. So imagine my shock when I discovered that Melanie’s lyrics contain rather adult themes.

Take for example, “Strawberry Shortcake” a song about how men treat women as pieces of meat–or dessert–rather than humans who need to consent to physical encounters. Replete with lyrics like “no one taught them not to grab / Now, the boys want a taste of the strawberry shortcake.” The music video also features Melanie in a nipple-less nude suit atop a cake.

However, once you get past the bluntness that defines her musicality, you come to understand the central juxtaposition of Melanie’s artistry: sugary sweet but forward about the hurdles women and young girls must overcome to make their way in the world. Perhaps Melanie speaks to young women in the way their parents are uncomfortable to do so.

Martinez’s Can’t Wait Til I’m Out of K-12 marks the end of the K-12 and After School album eras for the young superstar. Cakes, candy, colorful costumes, detailed set changes and choreography with a Dorothy Gale-esque performer at the center of this wonderland disarm the viewer for what’s coming: honest lyrics about being a young woman of a certain age — that is to say, school aged — in the new millennium.

The concert started earlier today (December 17th) in Europe, and traveled ‘round the world like Santa on the NORAD tracker. The broadcast aired at 8 pm in respective time zones in the United States. It ends tomorrow with airings in Australasia.

The show was short — just 12 songs long. But that’s a suitable length for a pre-taped audience-free concert. Melanie is masterful at using the camera frame as her stage, with one song featuring her singing close up through various doll houses. Edits between each song allowed for the sets to change.

Though the nature of this concert film allowed Martinez and crew to play with detailed sets, it always felt like this was something she would be able to pull off in arenas across the country.

The most clever thing about this concert (to me as a student of the live concert industry) wasn’t in the show itself: rather the sidebar that allowed fans to interact with one another and purchase merchandise. Surely this will become standard as artists begin offering these kinds of experiences.

At least for now, virtual compromises will be the stand-in for live performances. And we will be relying on the generation finding fame on Snap and TikTok to pull it off and get us through this time.

Melanie Martinez is in the process of cementing herself as an aesthetic and musical creative force akin to Lady Gaga and Taylor Swift. If, in the post-After School era, Melanie can graduate her audience beyond the 10 year olds who find guidance in her catchy and candid life lessons, there will be no stopping her. She’s sure to be Valedictorian of the TikTok era.