Midland debuts at No 1 with ‘Let It Roll’ 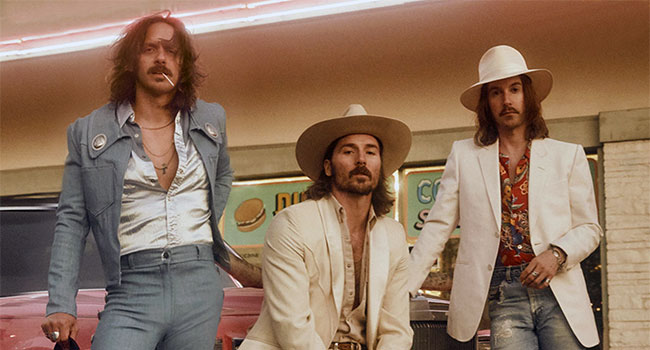 Entertainment Weekly praises the album stating “Every element is rooted a little deeper: the lyrical imagery, the crispness of the instrumentation, and the harmonies of members Mark Wystrach, Jess Carson, and Cameron Duddy that toggle between pristine precision and gloriously raggedy edges like artfully-ripped jeans,” while NPR claims the trio alongside their producers “…put their biggest stamp on their music with their craftsmanship.”

During a busy week of release where the Texas trio took the Today Show plaza and then performed for fans at an intimate YouTube experience, Midland accepted the honor from the Country Music Association to read a portion of the nominees for the 53rd Annual CMA Awards live from Billboard’s NYC office. “For those questioning where quality country music has gone, Midland is indisputably the answer,” declares Sounds Like Nashville.

Midland will return to the stage on September 17th to kick off their Let It Roll Tour at Terminal 5 in New York City before trekking to Australia for the international leg of the tour.

Eric Church partners with Lucchese for ‘These Boots’