AXS TV presents an all-new episode of The Big Interview on Tuesday, October 25th at 8 pm ET/5 pm PT as Dan Rather sits down with legendary Beach Boys icon Mike Love, the award-winning author, activist, and musician, who—along with his cousin, Brian Wilson—crafted some of the Beach Boys’ most enduring hits including “California Girls,” “Fun, Fun, Fun,” “Good Vibrations,” “Kokomo,” and many more.

Since bursting onto the scene in 1961, with their breezy tunes and idyllic lyrics, the Beach Boys have been a driving force in bringing surf culture to the mainstream. Love explains the influence that this distinctly American pastime had on the band, saying, “We were the first to sing a song about surfing as a way of life, not just as a sport. There was a whole subculture in California when I was growing up: the surfers. They dressed a certain way, they had a certain attitude, they had a certain language… with certain buzzwords and stuff… it was so attractive. The lifestyle and the environment and the whole thing that surrounded surfing, with the surfer girls and the beach… the sunshine, the waves… that’s what we were shooting for in our music. That’s what we were capturing, the essence of the lifestyle of that went with surfing in Southern California.”

On the Beach Boys’ trademark vocal harmonies, Love reveals, “The harmonies that distinguished the Beach Boys from so many other rock groups came from my childhood growing up. Every holiday, every birthday party, every special occasion at my house, my mom was such a fan of music that everything centered around [it]… music was the bond that brought everybody together. The singing of two, and three, and four-part harmonies, that was something we loved to do. So, the essential ingredient, I believe, in our music is the love of getting together and creating those sounds together… the basic basis of it all was the love of getting together and harmonizing, and that had nothing to do with music, or fame, or fortune, or any of those kinds of aspirations.”

“‘Good Vibrations’ was a monumental effort. It started months before the song came out.”

Delving into the creative process behind their signature hit, “Good Vibrations,” Love says, “‘Good Vibrations’ was a monumental effort. It started months before the song came out. My cousin, Brian, went in with the best studio musicians in L.A.… And he would go to Gold Star Recording, where Phil Spector did his stuff, to get a certain sound… And he would go to Studio Three at Western Recorders on Sunset Boulevard, because it had other sounds. So, he did three or four or five studios, and we ultimately did the vocals for the single record. This took several months, because he did sections of the track and experimented with the different sections, and different sounds, and different tempos… The track was incredible. It was so unique, mystical sounding with the Theremin going on… So I came up with the lyrics just on the way to the studio, and my cousin Carl sang it beautifully. It was 1966, and the psychedelic era of music was goin’ on in Southern California.”

Addressing one of the most infamous moments in the band’s history, Love says, “The low point for the group, I’d have to say… my cousin Dennis’ choice in roommates, meaning Charlie Manson. That was rough… We were invited to go over to dinner, and Bruce [Johnston] and I were the only people with clothing on… they all went to a den area and Charlie turned on a strobe light and passed out… I left and went to the shower… And then Charlie opens the shower door, and [says] ‘You can’t do that.’ I said, ‘Excuse me?’ ‘You can’t leave the group.’ He looked at me with those Charlie Manson eyes… I got out of the shower, got dressed, and got outta there as quickly as possible… That was quite a bit before hearing about all the murders that were taking place in Los Angeles, where everybody was freaked out about it because it was so diabolical.”

On an eventful trip to India in the 1960s, Love became involved in the practice of transcendental meditation—an art that he continues to this day. He explains its significance to his life saying, “You know, probably one of the more important things about me that people don’t often focus on is world peace, individual peace, and the attraction to meditation—transcendental meditation. The reason I was attracted to it, [was] because it offered a possibility of if more people were to practice meditation out of creativity and increased harmony among people, there would be a possibility of more prosperity, and more peace, and more happiness among people… So that was, idealistically or altruistically, a huge interest of mine… I’ve always had the desire to do something good for humanity that would be positive.”

To see more of this in-depth episode, be sure to tune in to The Big Interview on Tuesday, October 25 at 8 pm ET only on AXS TV. 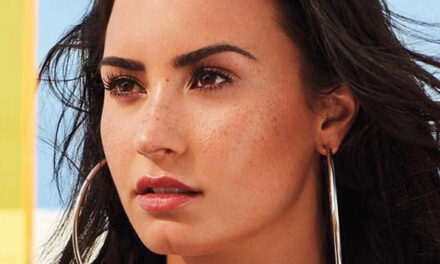