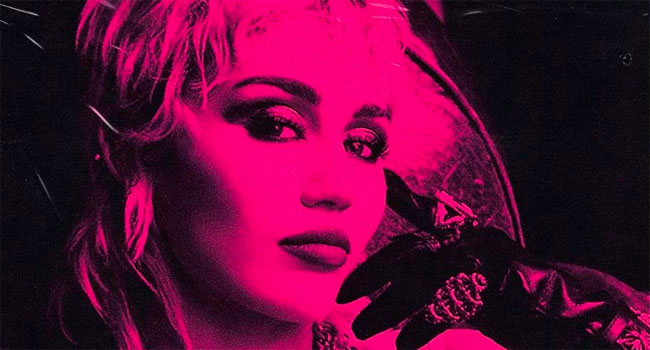 The album is available Nov 27th

The dynamic duo joins forces for a shamelessly, campy rock video directed by Alana Oherlihy and Cyrus. In a true testament to girl power, these three women celebrate music in a way we have all been missing, inviting fans to join them in a 2020 “Runaways” style reunion.

All pre-orders receive five instant grat tracks, including “Edge of Midnight (Midnight Sky Remix)” feat. Stevie Nicks, “Prisoner” ft. Dua Lipa, Cyrus’ summer hit, “Midnight Sky,” and her critically acclaimed live covers of Blondie’s “Heart of Glass” and The Cranberries’ “Zombie,” which are being referred to as the dawn of Miley Cyrus’ best era, with her voice being hailed as perfectly suited for rock and roll. These raw and raucous renditions of classic hits that Cyrus has made her own are a taste of what is to come with her seventh studio album, Plastic Hearts, that includes 12 original songs.