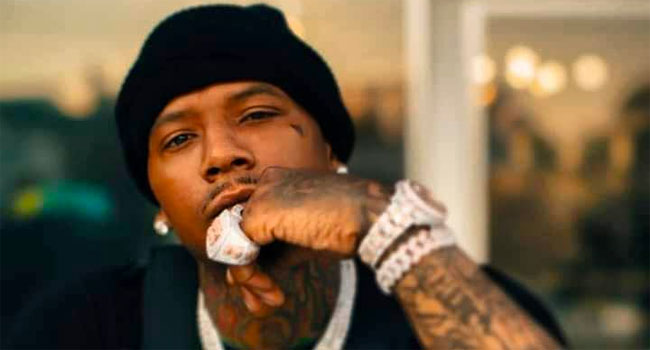 Moneybagg Yo has secured his first career No. 1 album placement on the Billboard 200 chart with the release of his new full-length offering, A Gangsta’s Pain. The Memphis native’s album moved over 110K units during the first week of its release, resulting in one of the biggest hip hop debuts of the year to date.

Additionally, the Memphis native’s project was No. 1 on the Top R&B/Hip Hop Albums Chart, Top Rap Albums Chart, and No. 1 on Apple Music’s All Genre and Hip Hop chart the entire week of release. The 22 track album was released April 23rd via CMG/N-less Entertainment/Interscope Records.

A Gangsta’s Pain showcases the Moneybagg’s versatility as an artist. He opens up with some of his most powerful tracks yet, but he also turns up with indisputable and inimitable bangers. Among those, it boasts singles such as the hard-hitting “Shottas (Lala),” gold-selling “Time Today,” “Hard For The Next” [feat. Future], and the recent anthem “GO!” [feat. BIG30].

The rapper hosted an Apple Music for ‘First Listen’ livestream with a fan Q&A a day before its release.