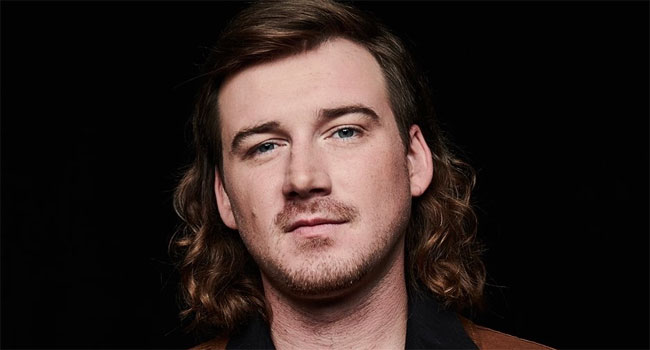 Morgan Wallen has spoken out a week after video surfaced of him using a racial slur when returning home after a night out with friends. The country singer shared a five minute video on social media on Wednesday (Feb 10th), stating the incident was the final night of a 72 hour bender.

“The video you saw was me on hour 72 of 72 of a bender, and that’s not something I’m proud of either,” he says. “Obviously, the natural thing to do is to apologize further, and continue to apologize, because you got caught, and that’s not what I wanted to do. I let so many people down, and who mean a lot to me, who’ve given so much to me, and it’s just not fair.”

Wallen said he will also be partnering with “some amazing black organizations” for “real and honest conversations.” While he didn’t mention any names, the Nashville branch of the NAACP was one that reached out after the video went public. It’s unknown if Wallen will be working with them at this time.

“The very people I hurt, and they had every right to step on my neck while I was down, to not show me any grace, but they did the exact opposite. They offered me grace, and they also paired that with an offer to pair and to grow. I’ll be honest, that kindness really inspired me to dig deeper to really do something about this,” he says.

He continues, “My words matter. Words can really hurt a person and at my core, that’s not what I’m okay with. This week, I heard first hand some personal stories from black people that honestly shook me, and I know what I’m going through this week, doesn’t compare to some of the trials I heard about from them. I came away from those discussions with a deep appreciation for them and a clearer understanding of the weight of my words.”

Morgan says he’s learned a lot from this mistake.

“I’ve got many more things to learn, but I already know that I don’t want to add to any division. This week was a big lesson that sometimes we can do just that without even knowing it. Our actions matter. Our words matter. And I just want to encourage anyone watching to please learn from my mistake. I don’t want to downplay what I did. It matters, and please know I’m carefully choosing my next steps and repair.”

He also thanks fans for defending him, but is requesting that they stop.

“I appreciate those who still see something in me and have defended me, but for today, please don’t. I was wrong. It’s on me to take ownership of this and I fully accept any penalties I’m facing,” he says.

Morgan assures fans he’s been sober for the nine days since the video was filmed on Sunday, January 31st.

Wallen’s seen a huge fall out from the country music community as major radio chains and video channels pulled his music from its rotations. Many of the stations, including several we spoke with, do not have a timeline on restoring his music to its playlists.

Major streaming platforms also removed his songs from its playlists, although his music is still readily available on its platforms. The Country Music Association removed his content from their platforms and the Academy of Country Music has also deemed him ineligible for any this year’s award show.

His label, Big Loud Records in partnership with Republic Records, suspended his contract indefinitely. The next day, he was dropped by his booking agent WME.

Despite the backlash, his music has surged by more than 300% in the wake of the controversy. His record-shattering Dangerous: The Double Album has topped the Billboard 200 albums chart for the fourth straight week.

In response to the surge, Jason Isbell, who wrote “Cover Me Up” on Dangerous, has shared he’s donating all of his royalties for the track to the NAACP.

“So… A portion of this money goes to me, since I wrote ‘Cover Me Up.’ I’ve decided to donate everything I’ve made so far from this album to the Nashville chapter of the NAACP. Thanks for helping out a good cause, folks.”