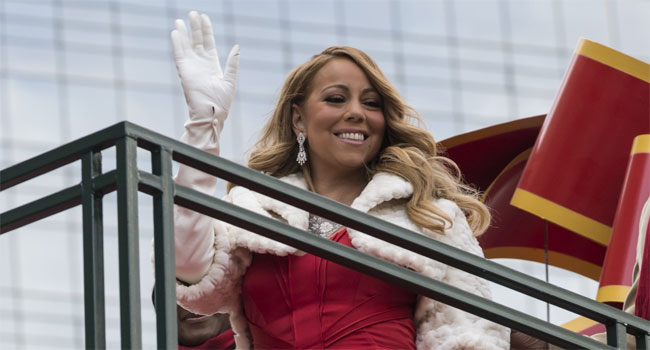 It’s that time of year again, when we wait excitedly to see who will be the Christmas No. 1 – a tradition that all Brits have celebrated for decades. The eagerly awaited chart-topping festive song always goes down in the history books and is sure to be added to every Christmas playlist to come.

But have you ever wondered what became of the rest of the songs in the Christmas charts over the years? And, with the 2020 Christmas No. 1 odds favoring that LaBaby is likely to make it the top of the charts with a third consecutive sausage-roll-related Christmas hit, you may be interested to know that Liam Gallagher’s “All You’re Dreaming Of” is expected to slide into the No. 2 slot.

So, what other famous Christmas singles almost made it to No. 1, but were beaten to that top spot? That’s right – we’re taking a look at the songs over time that were number two in the Christmas charts.

Back in 1984, probably one of the most memorable Christmas songs was released by Wham – “Last Christmas.” But can you believe it never actually reached No. 1? It just so happened to be the year of Band Aid’s “Do They Know It’s Christmas?” and as a charity single, it understandably rose to the top spot. The duo, George Michael and Andrew Ridgeley, did also decide that year to donate all the earnings from “Last Christmas” to Band Aid, making its spot at No. 2 a worthy title.

The single has since gone on to become the highest selling Christmas No. 2! And also reached that familiar No. 2 spot in 2017, when fans rallied to get the song back in the charts, as a tribute to the late lead singer, Michael.

“Fairytale of New York” by The Pogues ft Kirsty MacColl (1987)

The favorite Christmas song on many peoples’ list, “Fairytale of New York” reaches the top 40 every year and has sold over one million copies. But back in 1987 when it was released, it came second to “Always on My Mind” by the Pet Shop Boys – surprisingly so, as this single perhaps is a less familiar Christmas tune nowadays.

But this famous festive No. 2 single was nearly not meant to be at all, as it came as a result of a bet that Shane MacGowan, lead singer and songwriter of The Pogues, couldn’t write a Christmas single. But boy, did he prove that bet wrong!

Yes, you’ve read that correctly – Mariah Carey’s famous single “All I Want for Christmas” lost out on the No. 1 spot when first released in 1994. It was beaten by East 17 with “Stay Another Day” – the one and only No. 1 hit for the boy band. Known for its black and white music video, that has been comically impersonated several times over the years, the East 17 hit also topped the charts in Sweden, Ireland and Denmark in 1994.

Whilst Mariah Carey’s “All I want for Christmas” reached over one million UK sales back in 2013, had another No. 2 spot in 2017, and has gone on to be covered by several other chart-topping artists.

Honorary mention: “I Wish It Could Be Christmas Everyday” by Wizzard (1973)

Ok, so technically this isn’t a Christmas No. 2, but this classic song from Wizzard is definitely worth a mention, as it continuously stayed at No. 4 in the charts from December 1973 to January 1974, and has remained a popular joyful tune for this time of year. Another famous Christmas song that is hard to believe never made to the prestigious No. 1 spot let alone into the top three. It was beaten by Slade’s “Merry Xmas Everybody” – another iconic seasonal tune. Both huge hits in the ‘70s and following years, these two songs are guaranteed to be played over the festive period.