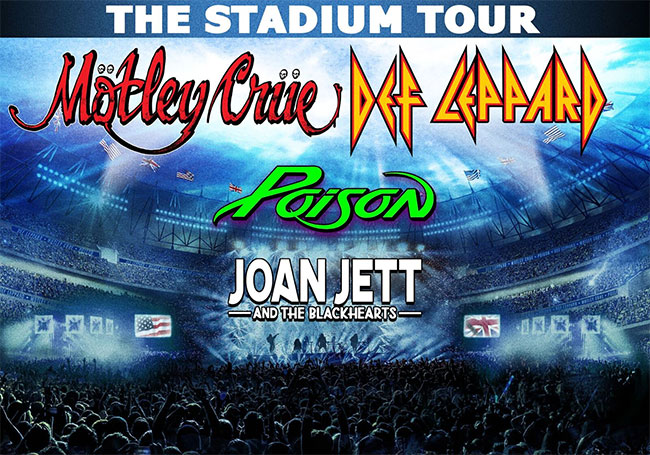 Groups will move summer trek to next year

The Stadium Tour featuring Def Leppard and Mötley Crüe with Poison and Joan Jett & The Blackhearts has officially been postponed until 2021 due to COVID-19. The bands shared the news during a joint announcement on Monday (June 1st).

“We wanted to continue to communicate with our fans and update you with valid information as it becomes available,” they state. “The official decision has been made to move all 2020 North American Stadium Tour dates into the summer of 2021. The new stadium dates are being rescheduled, your tickets will be honored for all postponed shows and refund policy information will be made available shortly. Stay tuned, be safe and we will see you next year.”

The tour consists of 31 shows after adding multiple dates due to high demand. Twenty-five dates have been sold out in the US while amassing over one million tickets sold to eager fans. It was slated to kick off June 18th at TIAA Bank Field Jacksonville, FL.

Last month, the groups promised a decision would be announced by the first of June following fan backlash for not calling the tour earlier.

More details when as they become available.