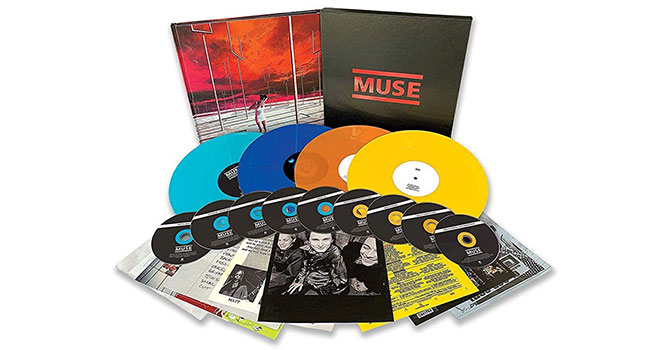 Set will be available on nine CDs and four LPs

In celebration of the 20th Anniversary of the band’s debut album Showbiz, Muse have announced the release of the deluxe boxed set Origin of Muse, available December 6th via Warner Bros. Records. This deluxe set will chronicle the band from their early beginnings in Devon, their early demos, first EPs, debut album and breakthrough record Origin of Symmetry.

The collection is housed in a 48-page casebound book which sits in a rigid board slipcase with anti-scratch and matte laminated finish with a spot gloss. The book contains an extensive and in depth interview with Matt, Dom and Chris as they talk about the earliest beginnings of the band, as well as the recording and release of their debut album Showbiz through Origin of Symmetry. The book also incorporates original posters, setlists, photographs and contact sheets, which are inserted and can be pulled out from the book as well as original artwork and all CDs and vinyl.

The set will not be available digitally.