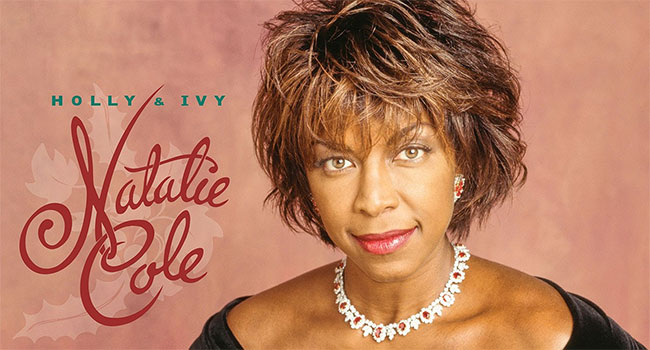 Craft Recordings will release vinyl debut of Natalie Cole’s 1994 Christmas album Holly & Ivy on November 8th. The tracks have been remastered by George Horn and Anne-Marie Suenram at Fantasy Studios and pressed on 180-gram vinyl at RTI for the album’s 25th anniversary. A CD reissue will be released on the same day.

Cole was inspired to record Holly & Ivy after a call from longtime friend and prolific songwriter Michael Masser. Collaborating with the legendary lyricist Gerry Goffin, Masser had written an original holiday song entitled “No More Blue Christmas” with the singer in mind. From there, Cole decided to make an entire album of Christmas music, following in the footsteps of her father — singer Nat King Cole — whose LP, The Magic of Christmas, was the top-selling holiday title of the 1960’s, and whose rendition of “The Christmas Song (Chestnuts Roasting on an Open Fire)” is one of the most famous yuletide recordings in history.

Co-Produced by Tommy LiPuma, Holly & Ivy offers an R&B twist on holiday favorites and features several songs which Cole’s father had made popular decades before, including “Caroling, Caroling,” “The Little Boy that Santa Claus Forgot,” and, of course, “The Christmas Song (Chestnuts Roasting on an Open Fire).” Also of note is an exuberant, gospel rendition of “Joy to the World,” featuring the choir from the Los Angeles Friendly Baptist Church, as well as Cole’s take on the bluesy “Merry Christmas Baby.” Accompanying the singer are a host of talented players — jazz pianist Cedar Walton, drummer Harold Jones, and R&B artist Patrice Rushen on keyboards — among them.

In a 1994 interview with Jet magazine, Cole called Holly & Ivy, “A non-traditional album,” and hoped that the collection would remind listeners about the true spirit of the holiday season. Upon its release, the soulful album was received warmly by fans and critics alike. Billboard called it the “rarest of Christmas albums: an elegant set with appeal that could outlast the season,” while Entertainment Weekly proclaimed it to be “brassy and bustling…As warm and toasty as a hot toddy.” Certified Gold by the RIAA, Holly & Ivy peaked at No. 36 on the Billboard Top 200. In 2013, it once again charted, landing at Number Six on Billboard’s Holiday Albums chart, nearly two decades after its release.

1. Joy to the World
2. The Little Boy That Santa Claus Forgot
3. A Song for Christmas
4. Silent Night
5. The Christmas Song (Chestnuts Roasting On An Open Fire)
6. The Holly and the Ivy