Songland, NBC’s groundbreaking new songwriting competition series, has signed a global recordings and publishing partnership with BMG. Under the agreement, BMG will serve as worldwide distributor of Songland Records and the administrator of the show’s publishing company Eligible Music for the songwriter contestants’ original music created and recorded during the show.

In each episode of Songland, one winning songwriter will have their song recorded and released by a superstar guest recording artist that same night. As part of the partnership with Songland, BMG will also release the music written and recorded by the two runners-up immediately following the airing of each episode.

“I’ve worked with BMG for a number of years in many capacities and have seen how passionate they are not only about creating success for their writers but their persistence in changing an industry by creating transparency for their writers and artists,” states Dave Stewart, co-creator and executive producer of Songland. “Thomas Scherer is a force of nature, always positive and seeing every opportunity through to results. I’m sure the whole team at BMG will put their global strength behind Songland’s songs and artists, creating a whole new paradigm shift in the way a TV show dedicated to songwriting will deliver success for new songwriters, many of whom will be artists in their own right.”

Each week on Songland, four unknown songwriters will pitch and perform their original songs to one mega recording artist and a panel of producers responsible for today’s biggest hits: Ryan Tedder (lead singer of OneRepublic and Grammy Award-winning producer of Taylor Swift, Adele, Beyoncé), Ester Dean (Grammy-nominated songwriter and producer of Rihanna, Katy Perry, Nikki Minaj), and Shane McAnally (Grammy Award-winning songwriter and producer of Kacey Musgraves, Kelly Clarkson, Sam Hunt with 40 No. 1 country records). Three songwriters will advance and team up with one of the producers to go in-studio to develop their songs. Then, at the end of the episode, the featured recording artist will ultimately choose one song to record and release for a global audience that night, with BMG also to release the tracks by the two runners-up that same night.

5 Seconds of Summer have No. 1 album in US

Woodstock 50 to be free event 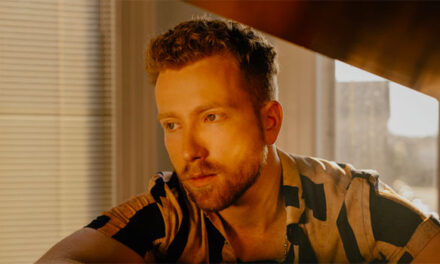