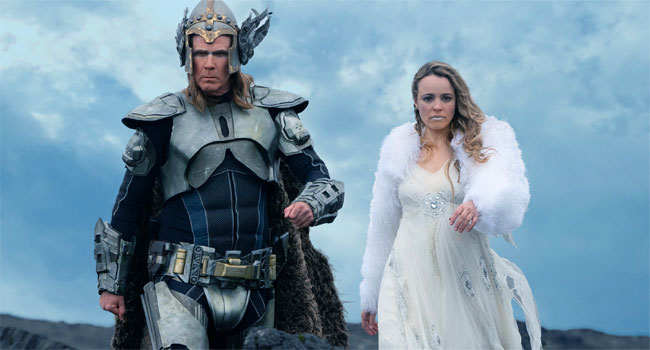 Netflix and Arista Records have teamed to release the soundtrack to Eurovision Song Contest: The Story of Fire Saga on June 26th. The Netflix Film was directed by David Dobkin (Wedding Crashers) and stars Will Ferrell, Rachel McAdams, Dan Stevens, Demi Lovato and Pierce Brosnan.

When aspiring musicians Lars (Will Ferrell) and Sigrit (Rachel McAdams) are given the opportunity of a lifetime to represent their country at the world’s biggest song competition, they finally have a chance to prove that any dream worth having is a dream worth fighting for.

The soundtrack includes original songs from the film, featuring Will Ferrell and additional cast members, as well as “In The Mirror” performed by GRAMMY Award-nominated artist, Demi Lovato. The first single off the soundtrack, “Volcano Man” was released May 15th, and the official music video was released May 16th.

You're not ready for this.

Coldplay reveal chimp-led music video for ‘Adventure Of A Lifetime’