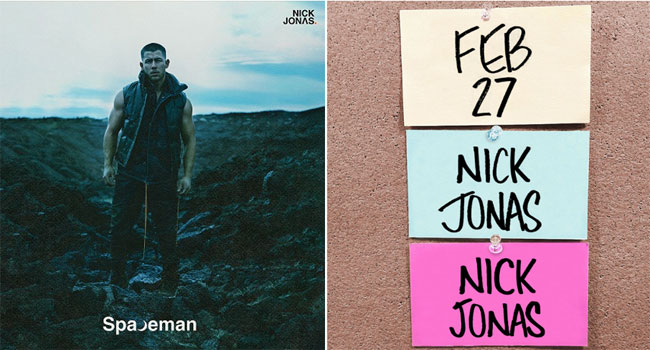 GRAMMY and Golden Globe nominated artist and actor Nick Jonas has announced the arrival of his new single “Spaceman” via Island Records on February 25th. Fans can Pre-Save the single via Spotify.

He will perform the song for the first time as he pulls double duty on Saturday Night Live making his hosting debut and second solo musical guest appearance on February 27th.

Jonas teased fans with on social media on Friday (Feb 19th) with a series of space themed graphics, and the wording, “I’m a spaceman” on his Twitter bio. He later shared a link to an out of this world Spotify playlist that featured 16 songs about space from other artists.

Jonas returns as a coach on NBC’s The Voice, which premieres March 1st, and also appears in the upcoming Lionsgate film Chaos Walking, arriving March 5th.

Jonas first joined The Voice as a coach in season 18 in spring 2020. During that season, he brought Thunderstorm Artis to the show’s finale. He will be joined by John Legend, Blake Shelton and Kelly Clarkson, who are the current season 19 coaches along with Gwen Stefani.

A dream come true. Let’s get it @nbcsnl!! See you February 27th! pic.twitter.com/V318MLVQqF