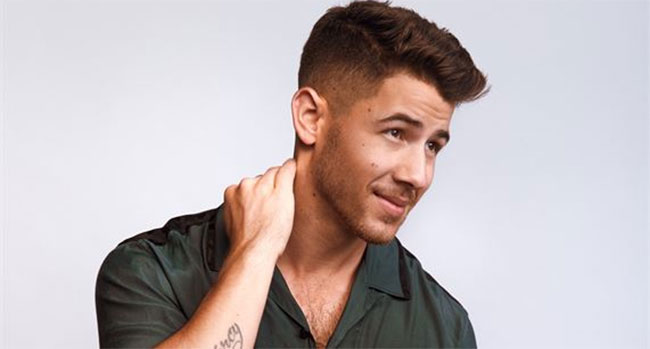 Multi-platinum Grammy and Golden Globe Award-nominated recording artist, actor and award-winning songwriter Nick Jonas will join the upcoming spring cycle of The Voice as a coach. Jonas, who has had a successful career in film, television and music – both solo and with Grammy-nominated multi-platinum powerhouse trio Jonas Brothers – will be joined by returning music superstar coaches Kelly Clarkson, John Legend and Blake Shelton and host Carson Daly on the four-time Emmy Award winning hit musical competition series.

“As a member of one of the hottest pop groups, Nick’s success in navigating all aspects of the music industry is exceptional,” states Meredith Ahr, President, Alternative and Reality Group, NBC Entertainment. “We were so impressed by his innate musicality, technical aptitude and passion that he brought to Songland earlier this year and know he will be an incredible fit as a coach on The Voice. We are excited to see Nick lend his mentorship, relatability and breadth of knowledge to a new crop of artists.”

“I’m so excited to be a part of The Voice family,” shares Jonas. “It’s such an awesome group of individuals, and I can’t wait to help these artists really build and hone in to find their unique voices.”

Nick Jonas is one-third of Jonas Brothers, the preeminent male group of this century who most recently opened the floodgates for a new era of titans in pop music. They earned three consecutive No. 1 albums and sold out shows throughout three continents. The tremendous success of the band provided a launch pad for the successful and storied solo careers of Nick and his brothers, Joe and Kevin Jonas, who have kept loyal fans yearning for a reunion until now. Earlier this year, the band announced their highly anticipated return to music with a new single, “Sucker,” which debuted at No. 1 on Billboard’s Hot 100. Making history once more, the band captured No. 1 on the Billboard 200 with their now platinum-certified album, Happiness Begins.

The Blind Auditions for Season 17 of The Voice, with current coaches Kelly Clarkson, John Legend, Blake Shelton and Gwen Stefani, continue this week at 8 pm ET/PT on NBC.

The Voice has opened the current season as television’s No. 1 alternative series in total viewers and its September 23rd debut episode finished No. 2 during Premiere Week among all entertainment shows, according to “live plus same day” results from Nielsen Media Research. That premiere telecast has grown to a 2.2 rating in 18-49 and 11.1 million viewers in “live plus seven day” Nielsens.