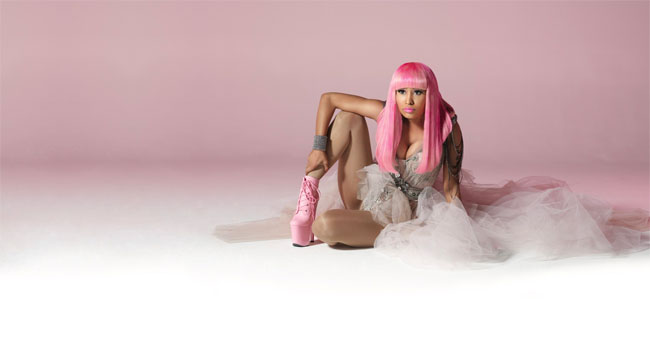 The most successful female rapper of all time Nicki Minaj celebrates the 10th anniversary of her landmark debut album, Pink Friday, with Pink Friday: The Complete Edition, available via Ume/Young Money/Cash Money Records/Republic Records. With eight exciting bonus tracks, it presents the definitive vision of this groundbreaking body of work.

Pink Friday crashed the culture when it first arrived on November 22, 2010, catapulting Minaj into icon status. The album reached No. 1 on the Billboard 200, becoming the highest-selling hip hop female debut since The Miseducation of Lauryn Hill in 1998. Certified triple-platinum, Pink Friday spawned a number of hits including the 8x-platinum “Super Bass,” triple-platinum “BedRock” [feat. Young Money & Lloyd], platinum “Moment 4 Life” [feat. Drake], “Fly” [feat. Rihanna], and “Your Love,” and gold “Did It On’em.” Pink Friday spent six weeks at No. 1 on the Top R&B/Hip-Hop Albums chart in 2011, tying for the most weeks at No. 1 by a female rap act and a record Minaj would later break when Pink Friday: Roman Reloaded led for seven weeks in 2012. What’s more, she still holds that record today! Pink Friday also received three GRAMMY Award nominations in the category of “Best Rap Album,” “Best New Artist” and “Best Rap Performance” for “Moment 4 Life.” It also took home “Rap Album of the Year” at the American Music Awards.

Stay tuned for more surprises from Nicki Minaj to be revealed soon.