After much speculation and excitement, Danny Wood from New Kids on the Block has teamed with Billboard’s Artist to Watch Jessie Chris for a new duet called “Bodyguard.”

Chris was approached by Wood after he learned of her commitment to reduce bullying in schools and her efforts to visit more than 100 schools across the country in less than one year to speak to kids. This led to the inspiration for Danny to write “Bodyguard.” The track was produced by Dow Brain at Dow’s Place Recording in Massachusetts and was mixed and mastered by Pete Masitti at West End Studios in St. Augustine, Florida.

Wood has been a household name for several decades and this year is a very special one as New Kids On The Block are celebrating the 30th Anniversary of the release of Hangin’ Tough and will embark on a 55 city Mixtape Tour this spring.

Billboard released their annual Artists to Watch List and on it you will find twenty-one year old Jessie Chris. Jessie also recently made her National TV Debut on TODAY Show when she was the first country artist to be named Artist of The Month by Elvis Duran. In December 2018, Jessie was named a Nickelodeon Fresh Face and her music video for her last single “Rome” which she wrote for her performance at The Gracie Awards is currently on Nickelodeon.

Jessie was the youngest performer at the 2015 CMA Festival on the U-Verse Stage, returned to the iconic event in both 2017 and 2018 with a performances on the Radio Disney Country and Music City Stage. Earlier in the year, she joined Kelsea Ballerini, LoCash, Scotty McCreery and Lauren Alaina on the Disney healing anthem “The Human Race” which reached No. 6 on iTunes Hot Tracks. Chris has opened for iconic artists to include Luke Bryan, Jimmie Allen, Chris Young, John Rich, Trace Adkins and Billy Ray Cyrus and has performed at The Country Music Hall of Fame.

Jessie is the face of Sylvania Lighting’s “American Way of Light” campaign as well as The AD Council’s “Be More’ campaign. She was also an Ambassador for Disney’s “Choose Kindness” campaign. She is also a brand ambassador for Spry Dental and Xlear Nasal products and has her own footwear line with iSlide. 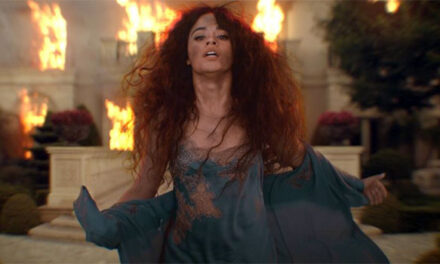