It’s been awhile (March) since my last writing detailing upcoming releases. Many have been featured on their own in our Notable Releases section, but there are even more that haven’t been detailed enough for its own post which I will list here, among others. Universal Music has a slew of releases scheduled for the end of summer that are included in our Notable Releases: Notes of Interest – Bon Jovi, Paul McCartney, Stryper & more.

Burning Bridges from Bon Jovi will be released by Island Records on August 21st. No other details have been revealed at this time, but it’s likely some sort of compilation since the band’s new album isn’t scheduled until sometime in 2016.

Capitol Records have numerous John Lennon LP box sets lined up for August 21st. They include: Walls And Bridges on 6 LP, Milk And Honey on 9 LP, Some Time In New York City on 3 LP and 4 LP configurations, Rock and Roll on 7 LP, Imagine on 2 LP, Mind Games on 5 LP and Double Fantasy with Yoko Ono on 8 LP. A single LP of Plastic Ono Band is also set for August 21st.

Hear Music will release a pair of Paul McCartney titles digitally on September 4th. They include Pipes Of Peace and Tug Of War in both standard and deluxe editions.

Bon Jovi, Paul McCartney, Stryper and more are among the Notable Releases coming out 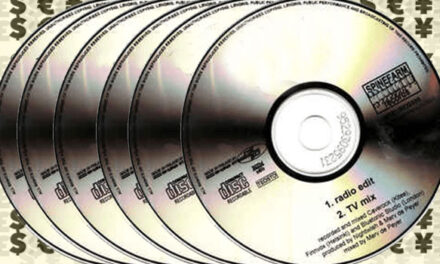