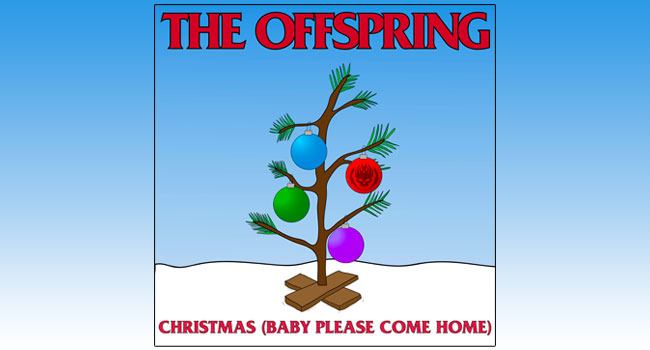 “It just seemed like the world could use a nice holiday song right now,” says frontman Dexter Holland. “We’ve always been huge fans of Darlene Love, so when the idea came up to do a Christmas song, we jumped at the chance to record that one…and tried not to wreck it!”

Additionally, the song will also be pressed on a limited edition, holiday red 7″ vinyl with a custom etching on the B-side of the band’s iconic logo.

Next month, the band will commemorate the 20th anniversary of its Conspiracy of One album by reissuing it on vinyl, the first time since its release in 2000. On December 11th, Round Hill Records/UMe will release a deluxe version of Conspiracy of One pressed to yellow and red splatter vinyl, which includes spot gloss on the cover and a custom turntable slipmat featuring the Offspring’s flaming skull silhouette logo. A non-deluxe, limited edition canary yellow vinyl variant will be available on uDiscover & The Sound of Vinyl. A standard black vinyl version will be released in early 2021.