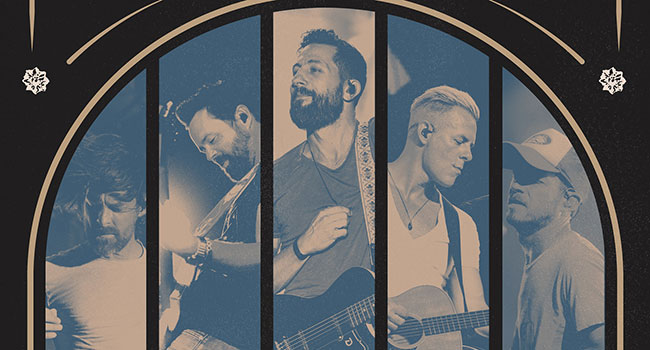 “We are so excited for this line up! We’ve had the pleasure of playing shows and making music with both Carly Pearce and Dustin Lynch for years now,” states Old Dominion frontman Matthew Ramsey. “Dustin brings the heat like no other, and it will be amazing to have a female act as strong as Carly out there with us!”

To close out 2019, Old Dominion gained another No. 1 hit single on the Billboard Country Airplay and Mediabase/Country Aircheck charts with “One Man Band.” With over 219 million streams, this marks the band’s eighth consecutive No. 1 and biggest song to date. They are set to perform the single on The Tonight Show Starring Jimmy Fallon on Monday, January 20th.

The news of their eighth No. 1 single came on the heels of the band’s self-titled third album debuting at No. 1 on the Top Country Albums chart. The band co-produced the entirety of the album for the first time alongside longtime collaborator Shane McAnally.

Last month, the band also performed two special nights in Niagara Falls, ON at the Avalon Ballroom Theatre as An Evening With Old Dominion, The Band Behind the Curtain. During these shows, fans saw the band showcase a setlist of chart-topping hit songs they’ve penned that have been recorded by other artists, as well as the stories behind the songs.

Old Dominion will now make their return to Canada for the the Canadian leg of the We Are Old Dominion Tour with Mitchell Tenpenny and Meghan Patrick set to kick off next month. This summer, the band will join Kenny Chesney on his Chillaxification 2020 stadium tour which will see them hitting stadiums across the nation as well as performances at several fairs and festivals throughout the summer.