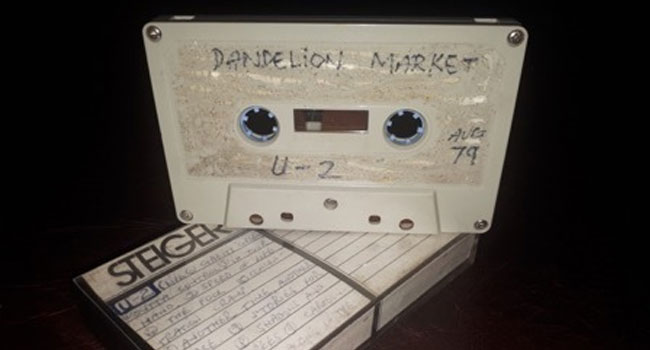 A member of a supporting band recorded the live performance

The earliest known recording by U2 has been discovered. The fansite @U2 unveiled the gem while doing extensive research for their exhaustive archives to chronicle every U2 show in history. The recording is from August 11, 1979 at Dublin’s Dandelion Market, a venue that’s since been demolished, but a place the band began to get their stride.

The group played a 3 pm concert with The Strougers supporting. The Strougers guitarist Pete McCluskey recorded U2’s set in its entirety which sat unnoticed for decades. McClusky made only the full performance of “Out Of Control” available to the public via YouTube in 2011, and has become the Holy Grail of U2 live recordings.

The concert took place six weeks before the release of their U2 Three EP on September 26, 1979 via CBS Ireland.

Besides “Out Of Control,” early U2 tracks “Stories For Boys,” “Another Time, Another Place” and others that appeared on their full length debut Boy a year later via Island Records, were performed. The set also featured two songs the band never officially recorded, not even in demo form, according to the site’s research.

“In Your Hand” has appeared in some reviews of early Irish shows, but is unknown to wider U2 audiences. “Concentration Camp” is similar to the early recorded “Live My Life Tonight,” but features different lyrics with Bono’s handwritten lyrics originally on display in the late 1990’s in Dublin at the now-defunct Hot Press Irish Music Hall of Fame. In 2003, it was transferred to the Rock and Roll Hall of Fame in Cleveland to be displayed for much of that year.

U2 played The Dandelion Market Car Park every Saturday afternoon for six weeks. “Fifty pence in, all ages welcome,” remembers drummer Larry Mullen, Jr. “People talk about these gigs as being legendary. They were. The Dandelion was where we really hit our stride.”

Edge reflects, “I played an Explorer guitar, which I bought in New York on a brief holiday. It was the zig-zag shape which set it apart but the sound and feel were great too. Everyone was playing the same kinds of guitars and I thought, we sound different, let’s look different too.” 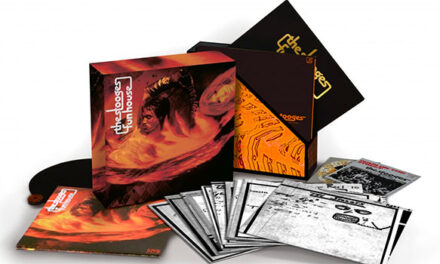 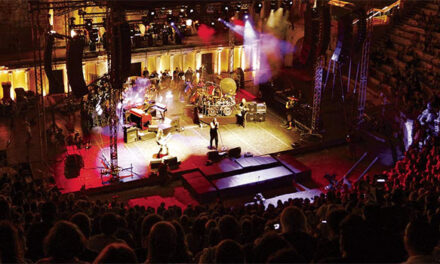 Sons of Apollo announces ‘Live With The Plovdiv Psychotic Symphony’

Paul McCartney adds One On One tour dates