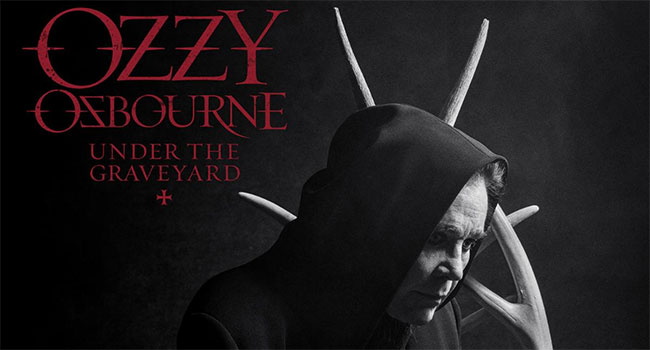 Breaking another record, Rock and Roll Hall of Fame inductee and GRAMMY-winning singer and songwriter Ozzy Osbourne achieves the “longest run at No. 1 on classic rock radio in over a decade” with “Under The Graveyard” after its 24th consecutive week in the top spot. The song is from his critically acclaimed chart-topping new album, Ordinary Man, released earlier this year on Epic Records.

Additionally, the title track “Ordinary Man” [feat. Elton John] ascends to the Top 10 of Active Rock Radio this week. The album’s latest single captures the No. 9 spot on the chart as it moves into power rotation at major stations across North America as well. Additionally, it breached the Top 10 at Classic Rock Radio at No. 9.

Upon release, Ordinary Man bowed at No. 3 on the Billboard Top 200 as Osbourne’s fifth consecutive Top 5 entry and sixth Top 10 entry on the respective chart. It placed ahead of his most recent offering, Scream, which arrived at No. 4 in 2010. It seized No. 1 on the Billboard Top Rock Albums Chart and No. 2 on the Billboard Albums Chart (Pure Album Sales), making for his highest entry. Overseas, he shattered various records. It became his highest solo debut ever in the UK, Germany, Switzerland, Australia, Italy and Austria in addition to being his second No. 1 in Sweden.

Right out of the gate, this opus earned some of the best reviews of Osbourne’s five-decade career. Forbes dubbed it, “a truly impressive one that deepens Osbourne’s sentimental place in rock and metal music.” Rolling Stone wrote, “Decades after he howled out ‘Oh, please, God, help me’ on ‘Black Sabbath,’ Ozzy is still bravely confronting the dark side as only he can.” Consequence of Sound put it best, “There’s light still shining on the Prince of Darkness.”