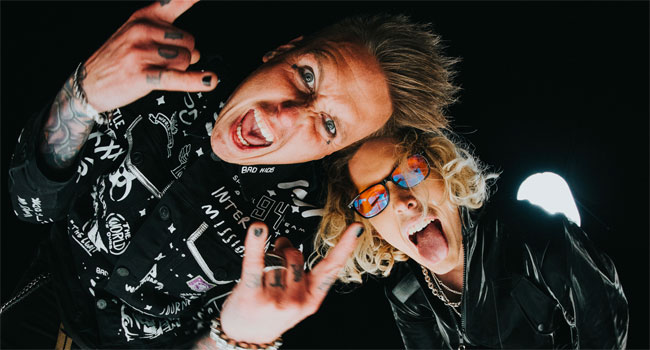 The rework arrives with a visual that reimagines the original Papa Roach music video and encapsulates the whirlwind of a mosh pit. Out tomorrow (Thurs, Jan 28th), Jeris and Jacoby bring their palpable energy and dynamic sonics as they prove an undeniable ability to unite a crowd, whether that’s through the collective screens of “quarantine” or the hopeful imagining of the days we’ll be able to jump around in a crowd once again. The poignant visual gives a bit of relief to those feeling overwhelmed, allowing viewers to sing at the top of their lungs and jump off the restlessness and anger they may be feeling. The lyrics tackle hard-hitting topics, as Jeris continues Jacoby’s verse from 2000 and adds his own thoughts, feelings, and struggles as he navigates life.

Jeris Johnson has garnered a devout cult following on TikTok for his genre-transforming reworks of popular songs. As he picked up traction on the platform following the success of “Damn!,” which reached No. 19 on the Shazam charts and was included on Spotify’s US Viral Chart, Jeris covered Papa Roach’s “Last Resort” and caught the eyes and ears of the critically acclaimed group themselves. Proving the power of TikTok, Jacoby and Jeris became fast friends, forging a brotherhood that sees Jacoby knighting Jeris in his quest to break into uncharted territory and create a whole new sonic wave.