The Head and Neck Cancer Alliance (HNCA) is hosting its 21st annual Oral, Head and Neck Cancer Awareness Week (OHANCAW), April 7th-14th. Poison drummer Rikki Rockett joins HNCA as its official spokesperson, urging individuals, both nationally and internationally, to get a free screening during OHANCAW. Hundreds of sites throughout the United States and internationally will offer free oral, head and neck cancer screenings during OHANCAW.

Rockett, founder and drummer of the rock band Poison, was diagnosed with HPV-attributed throat cancer in 2015 and is now in remission after undergoing radiation and immunotherapy.

“Let’s work together to drum out head and neck cancer,” states Rockett. “Open Up and Say… Ahh! and take advantage of the free Oral, Head and Neck Cancer Awareness screenings in your local communities. And, be sure to ask your provider to do a thorough exam during your annual medical and dental check-ups. It could save your life.”

“Rikki was an excellent patient. He remained positive and was continuously informing and educating himself on head and neck cancer,” explains Ezra Cohen, M.D. UC San Diego – Moores Cancer Center, Rockett’s physician and HNCA Board Member. “He is an inspiration to so many others and is an example of how perseverance and willingness to try immunotherapy treatment can result in positive outcomes.”

According to the World Health Organization, head and neck cancer is now the sixth leading cancer by incidence worldwide. With more than 550,000 people diagnosed each year, these cancers have significantly increased in the past 26 years. In the United States, 132 new cases of oral, head and neck cancers are diagnosed each day. Traditionally, mouth and throat cancers have been linked to smoking and alcohol use. However, the human papillomavirus (HPV) has emerged as a leading cause of head and neck cancers, particularly oropharyngeal (throat) cancer occurring in non-smokers and younger age groups. According to the Centers for Disease and Prevention, 70% of oropharyngeal cancers may be associated with HPV.

“Researchers worldwide were anticipating HPV-related throat cancer would exceed HPV-related cervical cancer by 2020, but studies are now showing that this already occurred in 2018, two years earlier than anticipated. While there is promising research showing individuals with HPV-related oropharyngeal cancer who receive active treatment have good cure rates, we still need to take preventive measures through vaccination and now both boys and girls and men and women can get vaccinated,” says Terry Day, M.D., Board of Directors, Head and Neck Cancer Alliance. “Getting screened and diagnosing the disease early is key, as a majority of diagnoses are not made until after the disease is in an advanced stage, which can result in the need for different treatments. Not only does HNCA urge participation in the OHANCAW free screenings, we also recommend parents vaccinate their children against the HPV virus.”

The CDC recommends vaccination for children — both boys and girls between the ages of 11 and 12. Vaccination at this age, before sexual debut, ensures children will receive maximum protection against potentially cancer-causing strains of HPV. The FDA also recently approved expanded use of the HPV vaccine for adults up to age 45. Adults interested in vaccination should talk to their medical providers about the vaccine.

Rockett, who has his own YouTube channel, which explores his love of motorcycles and motor sports, is among many notable high-profile celebrities and professional athletes who are survivors of head and neck cancer and have served as official OHANCAW Spokespersons over the last two decades. Others include former Monkees members Peter Tork and actor Michael Douglas.

Poison remains one of the music industry’s top acts, with multi-platinum album sales and sold out tours since first bursting onto the music scene in the mid-1980’s. They have sold over 40 million records and DVDs worldwide, have charted 12 Top 10 hits, with greatest hits that include “Nothin’ But A Good Time,” “Every Rose Has Its Thorn,” “Talk Dirty To Me,” and “Something To Believe In.” The title of Poison’s second album, Open Up and Say Ahhh!, has been selected as the 2019 OHANCAW theme.

U2, Dolly Parton among 2014 Grammy Hall of Fame inductees 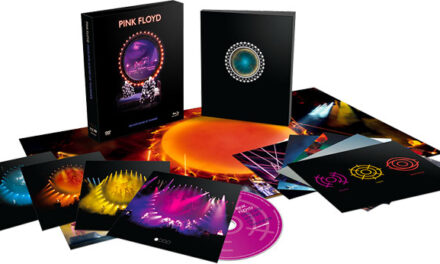 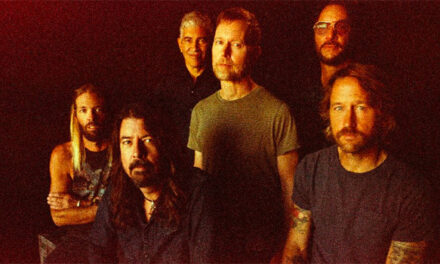