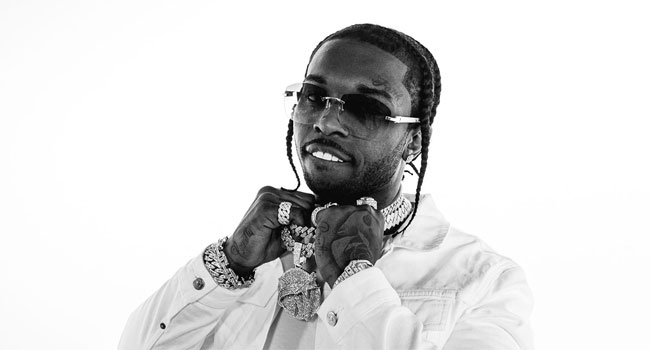 Pop Smoke’s posthumous debut album, Shoot For The Stars Aim For The Moon, has become the longest running No. 1 hip hop/R&B album since 1990. The album is currently tied with Michael Jackson’s 1987 album Bad for the record, and is on track to tie with Prince’s Purple Rain on the chart next week. The album is also currently No. 1 on the Top Rap Albums chart and sits at No. 2 on the Billboard 200 chart. With the album charting in the top five on the Billboard 200 for 32 weeks, it becomes only the fourth album this century to spend that many weeks in the top five.

The album topped the charts in Australia, Canada, Denmark, New Zealand, Norway, and Switzerland upon its December release and became the UK’s biggest debut album of 2020.

Shoot For The Stars Aim For The Moon has launched three RIAA certified platinum songs (“Hello,” “Got It On Me,” and “Something Special”), three 2x platinum songs (“Mood Swings,” “The Woo,” and “What You Know About Love”), one 3x platinum (“Dior”), and the 4x platinum “For The Night.” “Dior” was also nominated for a GRAMMY for Best Rap Performance and, to date, Pop Smoke has amassed more than 15 billion streams worldwide and counting.

The news arrives after Pop Smoke’s debut acting role as Monk in Eddie Huang’s film Boogie, and his features on the accompanying soundtrack curated and released by Victor Victor Worldwide/Republic Records in collaboration with Focus Features. The soundtrack serves as a survey of New York’s most exciting artists and includes new songs from Pop Smoke, “AP” and “No Cap” (Remix) alongside hits like “Welcome To The Party” as well as tracks from Jacquees, Sheff G, Polo G, Nycani and more.

Last February, the up-and-coming rapper was shot and killed during a home invasion by four masked gunmen following a late night party he was hosting at his Los Angeles home. He was rushed to a local hospital where he died. He was 20 years old.