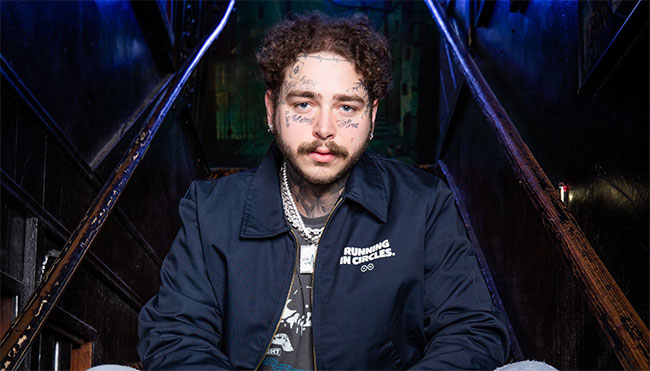 Album pre-orders include downloads of the latest track as well as the recent platinum selling “Goodbyes” [feat. Young Thug].

On “Circles,” Malone teams with two of his frequent collaborators Frank Dukes and Louis Bell. With Dukes behind the board, he delivered the RIAA diamond-certified “Congratulations” [feat. Quavo] and multi-platinum “Déjà vu” [feat. Justin Bieber]. Meanwhile, the union of Malone and Bell has historically led to a string of multi-platinum smashes, including “rockstar” [feat. 21 Savage], “Better Now,” “Psycho” [feat. Ty Dolla $ign], and most recently “Goodbyes” [feat. Young Thug].

Malone will soon head out on The Runaway Tour, a North American outing scheduled to kick off September 14th in Tacoma, WA and visit cities across the U.S. and Canada before wrapping November 20th at The Forum in Los Angeles.

As Malone headlines festivals around the world, 2019 has been packed with one milestone and achievement after another. “Congratulations” was officially certified diamond by the RIAA and according to Nielsen Music, his second album, Beerbongs & Bentleys, emerges on the Mid-Year Top 10 Albums (Based on Overall Equivalent Album Units) and he earns two entries on the Mid-Year Top 10 Selling Digital Songs, namely “Sunflower (Spider-Man: Into the Spider-Verse)” with Swae Lee at No. 3 and “wow.” at No. 6. “Sunflower” also lands at No. 2 among the Top 10 On-Demand Song Streams (Audio and Video Combined) and Mid-Year Top 10 On-Demand Audio Streams as “wow” sits at No. 7 on both charts.