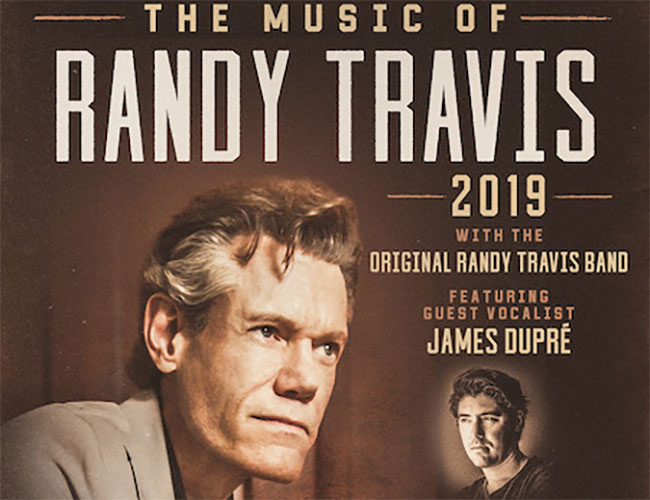 The majority of The Music of Randy Travis with James Duprè tour dates have been canceled due to production issues. A representative confirms that nine out of the twelve dates were nixed due to “unexpected production and technical issues related to the elaborate content of the show.” The trek was scheduled to kick off October 16th and run through November 2nd.

“We are truly sorry we will not be able to do all of the scheduled concerts,” shares the Randy Travis Organization along with Outback Presents and Ontourage Management. “We ask Randy’s fans to be patient and understanding as we want this return, the first time in six years, to be special for each of you. He and James Duprè are looking forward to coming to each city and sharing this one of a kind experience with fans in the near future.”

Refunds are available at your original point of purchase. Please allow extra time for refunds to process from online sales through Ticketmaster.

This would be Travis’ first outing since a 2013 stroke that nearly killed him left him largely unable to sing. Travis’ team tapped former The Voice contestant Duprè to front Travis’ longtime band on the trek. The remaining three shows include Evansville, IN on October 17th, Gulfport, MS on October 19th, and Nashville’s Ryman Auditorium on October 28th. Travis is scheduled to appear in some way at each show.

Travis recently released Forever and Ever, Amen: A Memoir of Music, Faith and Braving the Storms of Life which has outpaced projections and has been featured on TODAY, the 700 Club, People Magazine, Billboard and more. The book is available at most online retailers as well as Barnes and Noble, Cracker Barrel, Books-a-Million and more. Always wanting to please his fans, the long-time Grand Ole Opry star also dropped two never-before heard singles this summer, “One in a Row” and “Lead Me Home.”