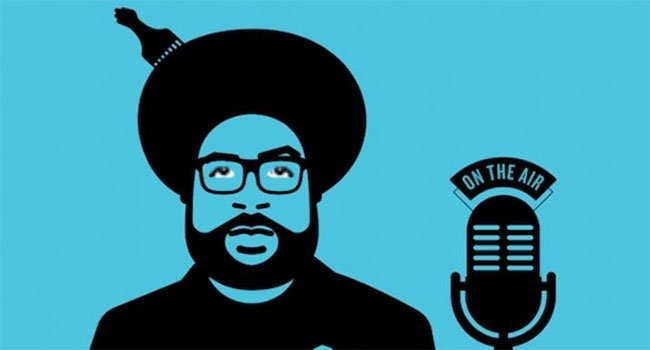 iHeartMedia, the No. 1 commercial podcast publisher globally, and Questlove, the drummer, DJ, producer, culinary entrepreneur, designer, New York Times best-selling author and member of The Roots have announced a partnership that will bring new seasons of Questlove Supreme, the critically acclaimed music and pop culture based podcast, to the iHeartPodcast Network. In addition, the famed Roots drummer and Tonight Show musical director will hand curate and produce a new slate of iHeartRadio Original content, which will go beyond just music, early next year. New episodes of Questlove Supreme will be available weekly beginning November 6th on iHeartRadio and everywhere podcasts are heard.

Questlove Supreme, which made its debut on Pandora in 2016, is hosted by Questlove and five of his closest friends, and also features a new, well-known guest on every episode. It is a fun, irreverent and educational weekly podcast that digs deep into the stories of musical legends and cultural icons in a way that only Questlove and Team Supreme can deliver. Each episode is driven by conversation ranging from the guest’s origins (along with a few never-before-revealed secrets to their success) to their life passions and current projects. Previous guests have included Usher, Michelle Obama, Chris Rock, Maya Rudolph, Weird Al, Chaka Khan and many more.

“We’ve attracted an incredibly passionate and enthusiastic fan base so far with Questlove Supreme, and partnering with iHeartMedia, the leader in the audio space, will now allow us to bring these conversations to a much larger audience and take it to the next level,” states Questlove. “I’m also excited to have the opportunity to launch even more thought-provoking content within the iHeartRadio ecosystem and beyond.”

“Questlove is a treasure trove of musical and historical knowledge, with one of the smartest perspectives on culture today, and we are thrilled to partner with him to bring his podcast and a new slate of original content to the iHeartPodcast Network,” shares Conal Byrne, President of the iHeartPodcast Network. “It’s always amazing to work with your heroes – and, for us, that’s Questlove. His passion is a great complement to our music podcasts, and with our unmatched reach across multiple platforms, we can’t wait to share Questlove Supreme with more listeners than ever before.”

In addition to being available on iHeartRadio and all digital podcast platforms, excerpts of the podcast will also be distributed across iHeartMedia broadcast radio stations which reach more than a quarter of a billion monthly listeners as well as via iHeartRadio’s social media channels, exposing Questlove Supreme to millions of new listeners across the country.

iHeartRadio is available on more than 250 platforms and over 2,000 different connected devices — including smart speakers, digital auto dashes, tablets, wearables, smartphones, virtual assistants, televisions and gaming consoles — allowing listeners to hear their favorite music and podcasts anywhere they are on the devices they use most.