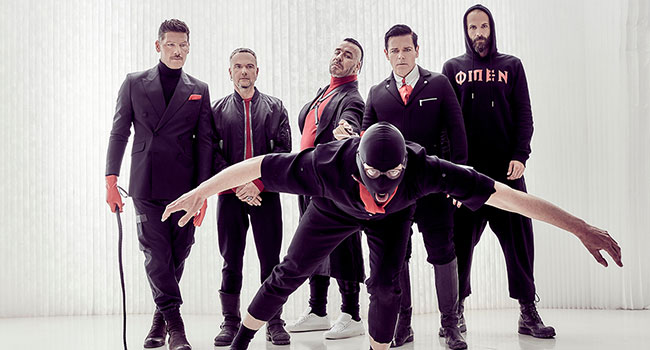 This year will see the North American debut of the most extreme spectacle in live music, when Rammstein brings its full-scale stadium production to this continent for the first time ever. Rock n roll’s most ambitious pyro-theatrical experience will be on display for a series of ten open-air dates beginning August 20th at Parc Jean-Drapeau in Montreal and setting eight U.S. stadiums ablaze before a final bonfire at Foro Sol in Mexico City on September 27th. The tour is produced by AEG Presents.

Tickets will be go sale to the public 10 am local time Friday January 24th via rammstein.com.

The trek is the German’s band’s most extensive series of shows in North America since its 2011-2012 tour.

Rammstein’s six-man lineup has remained unchanged since the band’s 1994 formation and 1995 release of its debut album, Herzeleid. The band broke into the U.S. Top 10 for the first time with the May 17, 2019 release of its untitled seventh album, which entered at No. 9 on the Billboard 200. Produced by Olsen Involtini with Rammstein, the untitled record is comprised of 11 new tracks including singles “Auslander,” “Radio” and “Deutschland,” which have amassed combined streams and views exceeding 200 million. The release of the album was followed by the sold out Europe Stadium Tour 2019, which ran May 17th through August 23, 2019.