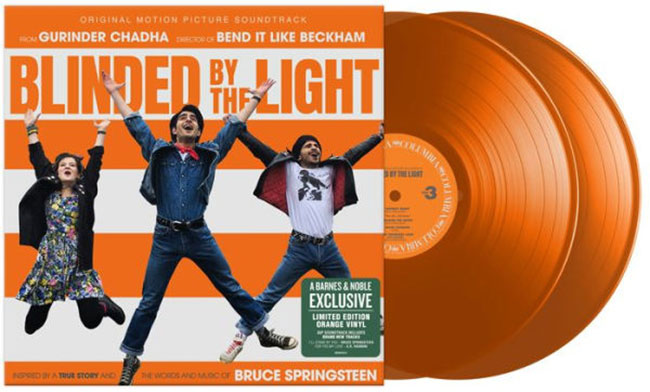 One unreleased studio track and two live tracks are featured

Several Bruce Springsteen rarities highlight the upcoming Blinded By The Light film soundtrack. The album will be available on August 9th via Sony Legacy Recordings and feature an unreleased studio rendition of “I’ll Stand By You,” previously known as I’ll Stand By You Always” initially for inclusion in the 2001 Harry Potter film, but producers opted not to include the track, and it’s remained unreleased until now.

Springsteen classics like “Born To Run,” “Hungry Heart” and “Thunder Road” are among the 16 Springsteen tracks. Rare live gems also featured are the first ever performance of “The River,” from the No Nukes ’79 concert at Madison Square Garden, and an acoustic rendition of ” The Promised Land” that Springsteen performed in 2014 at Washington, D.C.’s National Mall. Both live tracks are previously unreleased on any album.

Blinded by the Light (Original Motion Picture Soundtrack) will be available on CD, 2 LP and a 2 LP Orange Vinyl Barnes & Noble Exclusive.

The film is based on the memoir by Sarfraz Manzoor and tells his story of a Pakistani British teenager growing up in the drab suburb of Luton, England in the 1980’s and his dreams of escaping. One day, a school friend introduces him to Bruce Springsteen’s music and it changes his life – Bruce Springsteen’s music and words inspire him to find his path, follow his dreams and become the successful journalist he is today.

Blinded By The Light was one of the biggest discoveries at this year’s Sundance Film Festival where it premiered to rave reviews. The film opens August 14th in theaters.