Grammy Award winner Ray LaMontagne has announced the Supernova Fall Tour. The North American tour will kick off on October 10th in Paso Robles, CA and will conclude on November 12th at New York City’s Beacon Theatre. After a great run supporting Ray on tour this summer, The Belle Brigade will return as the supporting act for the Supernova Fall Tour.

“LaMontagne’s voice remains a marvel, quiet and reflective one minute and forceful and impassioned the next. It really is an amazing instrument,” raved the Boston Herald after a tour stop at Boston’s Pavilion this past May.

LaMantagne will be donating a portion of the proceeds from both VIP pre-sale packages, currently underway at his website, to the National Children’s Cancer Society (NCCS). Tickets for the general public will be on sale this Friday, August 8th (please check your market for special on sale dates and select timings).

Ray is touring in support of his fifth studio album Supernova which was produced by Dan Auerbach (The Black Keys) and recorded in Nashville, TN. The album was released via RCA Records on April 29th and was praised by critics across the board. NPR called the album “explosively creative” while Rolling Stone explained that the “Singer-songwriter’s vision bursts into vivid Sixties-pop color…”. LaMontagne released his latest single, “Supernova” in February 2014 which became one of Ray’s fastest growing singles at AAA radio, with the song rocketing into the top five within two weeks of impact.

** The Belle Brigade to support all dates 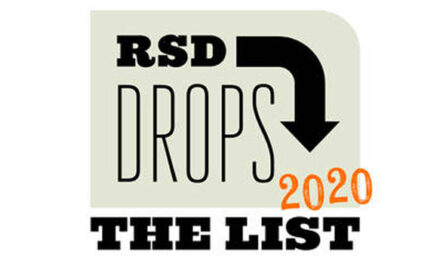