The Dove Awards air on October 22nd on TBN

Reba McEntire picks up her first GMA Dove Awards nomination for “Back To God.” The lead single from her dual Billboard Country and Christian/Gospel charts-topping album Sing It Now: Songs Of Faith & Hope (Nash Icon Records/Capitol Christian Music Group) is up for Bluegrass/Country/Roots Recorded Song Of The Year at the 48th Annual Awards, slated to air on TBN on October 22nd.

The double-disc collection of traditional hymns and contemporary tracks marked Reba’s thirteenth summit to No. 1. Fans from both genres and beyond have embraced the Oklahoma native’s return to roots with a modern twist, merging her powerhouse vocals with Christian phenomenon Lauren Daigle for a special collaboration of the song.

The 11th Annual ACM Honors will present Reba with the Mae Boren Axton Service Award for her years of dedication and service to the Academy of Country Music. For more than 30 years she has lent her support to the organization, hosting the ACM Awards for a record 14 times and winning an impressive 14 ACM Awards – seven as Female Vocalist of the Year – in addition to supporting their charitable efforts. The event will be filmed at the historic Ryman Auditorium in Nashville broadcast September 15th from 9-11 pm ET/PT on CBS.

Remembering her debut at the Grand Ole Opry 40 years ago, Reba will celebrate the milestone with two performances in the famous circle on September 22nd. Just a month later (Oct 25th), she will flip the switch as part of the star-studded All In For The Gambler: Kenny Rogers’ Farewell Concert Celebration taping at the Bridgestone Arena in Nashville.

Reba’s illustrious career holds esteemed accolades from the ACM, CMA, GRAMMY Awards, in addition to becoming a household name across television, film, theater and retail. This fall, the multi-media mogul will also return as part of the longest-running country act in The Colosseum at Caesars’ history for Reba, Brooks & Dunn: Together In Vegas. 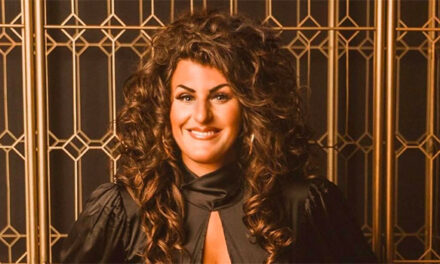