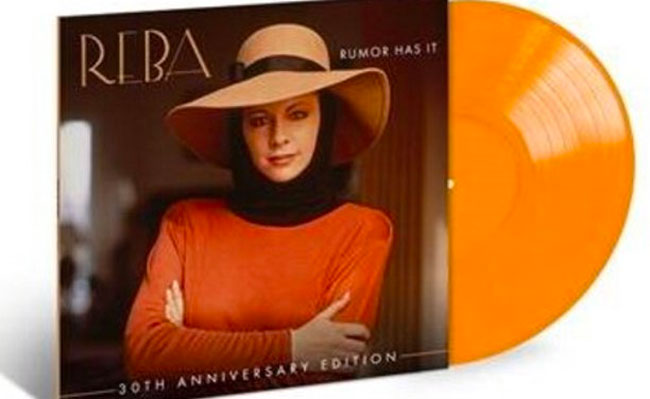 Album is part of reissue campaign

Reba McEntire will release a 30th Anniversary Edition of her seminal 1990 album Rumor Has It on September 11th via MCA Nashville/UMe. The set will contain the album’s original ten tracks and a live version of “Fancy” that was likely recorded at one of her two performances at the Ryman Auditorium in 2017.

Not much other info is known about the reissue as of press time, but a Walmart Exclusive vinyl is available for pre-order on orange wax.

In December 2019, McEntire released a 25th Anniversary Edition of Read My Mind featuring a variety of bundled options via her webstore. The album made its debut on vinyl for the first time and features a live performance of “And Still,” complete with Reba’s humorous story of filming the video in Guatemala.