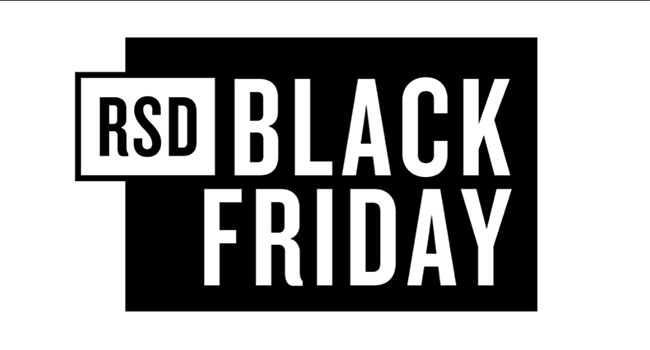 Cardi B, U2, Eric Clapton, Dave Matthews Band and many more set to release exclusive titles

Record Store Day has taken care of your holiday shopping with the release of the list of albums, singles, CDs, cassettes and books that you’ll be wrapping up to give and get this year, all available in limited editions only at independent record stores starting on Black Friday, November 29th. Since 2010, the organizers of April’s worldwide celebration of the record store, Record Store Day, have worked to shift the perception of Black Friday as a mass-produced, low-as-you-can-go event, concentrating instead on a list of special releases that highlight how great gifts from a record store can be, and celebrating the kick-off of the holiday rush at independently owned neighborhood businesses.

This year’s diverse list continues that tradition and it can be found now at recordstoreday.com, with a look at some of the titles below.

Pearl Jam continue a stellar run through their year’s reign as Record Store Day Ambassadors with the first-ever vinyl release of their MTV Unplugged set, done three days after the end of their first American tour, featuring stripped back versions of seven destined-to-be-classic songs from their debut album Ten.

U2 reach back into their history for an anniversary repress of the single Three, originally released in Ireland in September 1979. This numbered RSD Black Friday 12″ single features 2019 remastered editions of the original tracks “Out of Control”, “Stories for Boys” and “Boy-Girl” with new artwork celebrating the anniversary.

Lizzo and Cardi B are on an awful lot of prominent lists this year, and they both make an appearance on the RSD Black Friday list as well, going back to 2016 to bring some of their earliest work to vinyl: both Cardi B’s mixtape Gangsta Bitch Music Vol. 1 and Lizzo’s Coconut Oil EP hit that format for the first time, in record stores on November 29th. The Weeknd’s first EP — or mini-album, depending on who you speak with — 2018’s My Dear Melancholy also gets a vinyl release that day.

Longtime Friends of Record Stores Paul McCartney and Dave Matthews Band bring the love with a fun new 7” of songs from the Egypt Station sessions and a live 5 LP box set, respectively. Nick Lowe celebrates forty years of being “Cruel To Be Kind” with his pals Wilco, and Todd Rundgren extends the Squeeze tribute Swindles series with his take on the band’s curious “Bang Bang” single. Paul Westerberg’s project with his alter-ego double Grandpaboy, Stereo/Mono, gets its first vinyl release, on double vinyl, naturally.

Record stores are great about not shutting up about the music they think should be heard and they shouted loud about releases from The New Pornographers, Jenny Lewis and The Comet is King recently. All three have releases on the RSD Black Friday list, as does relative newcomer to record store racks Lewis Capaldi.

Star Wars fans eagerly awaiting The Rise of Skywalker just three weeks later can put a special edition of Across The Stars on their holiday wishlist as legendary composer John Williams has reworked five themes from across the Star Wars universe for violinist Anne-Sophie Mutter, which appear on an etched 12” that brings music from several of the films together. Other soundtracks on the list include a vinyl release of the music of Robert Rodriguez’s Desperado, and The Wachowskis’ Matrix Reloaded and Matrix Revolutions.

Both the late Leon Redbone and Dr. John are remembered in record stores this year, with a double shot of 1977 German concerts on Leon Redbone’s Strings and Jokers Live in Bremen 1977 and Dr. John’s deep dive into voodoo-inflected psychedelic rock on 1968’s Babylon getting a repress after forty years out of print.

Of course, even The Grinch is resigned to holiday music once the turkey’s put away and there are plenty of titles on the RSD Black Friday list to get you in the jingle bell mood. The Squirrel Nut Zippers’ swingy 1998 Christmas Caravan gets a vinyl release. Thirty years before that, Jimi Hendrix and his Band of Gypsys played around with a holiday medley and the release that came about, Merry Christmas and Happy New Year, gets the festive picture-disc treatment. And a few decades before Hendrix was stringing tinsel at Electric Lady, King Records was decking the halls with their eclectic roster for 1959’s Merry Christmas from King Records, which gets its first reissue this year, on seasonally-appropriate red vinyl. Jim Henson’s beloved Emmett Otter (and those River Bottom Nightmare Band boys!) get a picture disc release, and Vitamin String Quartet takes on The Nightmare Before Christmas. The Marshall Tucker Band invites you to spend New Years Eve with them (on both CD and vinyl) and festive LP reissues from Hall and Oates and Canned Heat, and singles — both 7” and 12” — from The Monkees, JD McPherson, Eric Clapton, The Regrettes (with Dylan Minette), Acid Witch, Sammy Hagar and Twiztid prove that the holidays really are for everyone (just like record stores!)

The full list of releases, and artwork, can be found at recordstoreday.com.