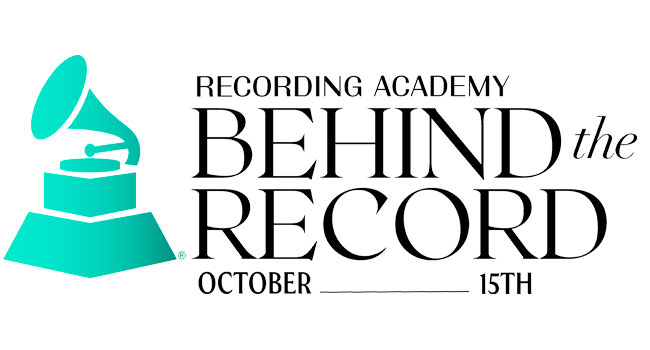 Global social media campaign to give credit within music community

For a second consecutive year, the Recording Academy is highlighting and showcasing creative credits with Behind the Record, a social media initiative aimed to spotlight the many producers, engineers, songwriters, mixers, instrumentalists, and other creators who contribute to the music recording process. Behind the Record continues the industry-wide conversation initiated with last year’s launch by inviting artists across all music genres to recognize their collaborators’ incredible behind-the-scenes work on the tracks, records and albums loved by music fans across the globe. Additionally, a special Behind the Record animated film, narrated by spoken word artist and Recording Academy Chicago Chapter President J. Ivy, takes you on the songwriter, producer and engineer journey, from the creative stage, soundboard and mixing directly to your ears.

This year, Behind the Record launches alongside an official artist petition aiming to give credit where credit is due by urging all digital music services to display complete credits for songwriters, producers, engineers, and non-featured performers. After creating their Credit Cover, artists will have the option to add their name to the petition in support of their collaborators.

“As a music producer and someone who has made my living working behind the scenes, I’m so thrilled at the opportunity to spotlight all the different creatives behind the magic of recordings,” states Harvey Mason jr., Chair and Interim President/CEO of the Recording Academy. “This initiative comes at a time where the music community deserves recognition now more than ever. During a time where we aren’t certain about much, there is one thing that will remain true: We have to be the change we want to see in our community. I’m hopeful that this will go beyond Oct. 15, and that Behind the Record will continue pushing the music industry in the right direction toward visibility and recognition.”

Artists can participate in Behind the Record by visiting Behind The Record Credit Cover Generator portal to create a Credit Cover; Posting their Credit Cover across social media channels and tagging those who worked on the project including using the hashtags #BehindTheRecord and #GiveCredit; Artists can create Credit Covers for a single track or album, and covers will live in a gallery on the site for music fans to view and discover the roles of creatives behind some of their favorite records.

After artists have created their Credit Cover, they will be encouraged to sign the artist petition to urge digital music services to display complete credits for songwriters, producers, engineers, and non-featured performers.

The 2020 Behind the Record video was produced in partnership with creative agency TBWA\Chiat\Day LA and directed by YOUTH and Maldita. The film animates 33 album titles with corresponding music inspiration by CANJA Audio Culture.