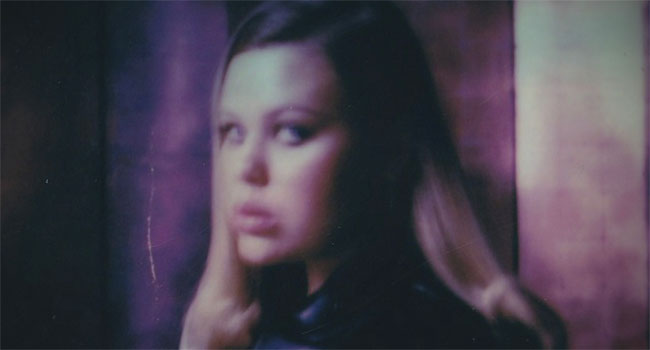 It’s quite the turnaround when an artist goes from writing a song called “Boys Ain’t Shit” to “Used To,” a dreamy yet still thuggish in tone new single from Australian bad bitch SAYGRACE.

Finding herself falling in love as the inspiration for the new single, SAYGRACE manages to tell the world about the new love of her life in a gooey but very mature way. “Used To” is definitely influenced a bit from 90’s R&B, when R&B embraced it’s thugged out side. Still, SAYGRACE manages to keep the lyrics sweet on “Used To” but with plenty of street language. Yet it’s not hard to figure out what she’s singing for while maintaining her thug roots throughout the song.

The intro begins hard with SAYGRACE reminding all who she really is; “Used to be a thug, be a savage, Used to be a tough little bad bitch.” Then it gets all mushy and girly when she describes her man as the first person to really get her. “I can’t recognize the way I’m feelin’, got me stressed. Why do you insist on runnin’ so close in my head? How do you know everything I say, before it’s said?”

With an equally dreamy-esque video being released today (Fri, Oct 2nd) via RCA Records, “Used To” will be every thugged out bitch’s falling in love anthem.

Her debut hit single “Boys Ain’t Shit” has charted on the Spotify Viral Charts in over 25+ markets around the world including Top 15 Global and Top 5 on the viral charts in the US and Canada. The single has also been trending on TikTok with over at 1.3 million plus video creations and over 167 million streams globally of the solo version plus collaborations with Tate McRae, Audrey Mika and Becky G.