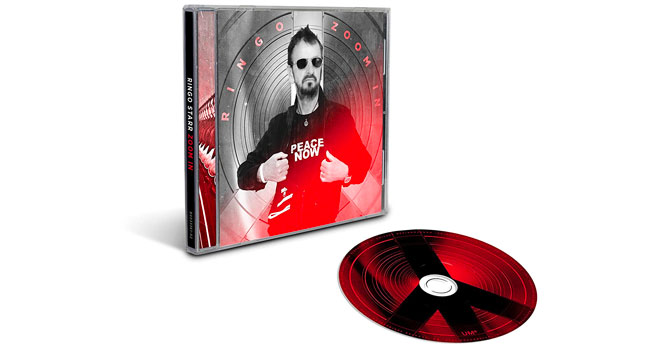 “Here’s To The Nights” appears on forthcoming EP

“When Diane presented this song to me I loved the sentiment of it,” says Starr. “This is the kind of song we all want to sing along to, and it was so great how many wonderful musicians joined in. I wanted it out in time for New Years because it feels like a good song to end a tough year on. So here’s to the nights we won’t remember and the friends we won’t forget – and I am wishing everyone peace and love for 2021.”

The song is the lead single from his forthcoming EP, titled Zoom In, which was recorded at Starr’s home studio between April- October 2020. For this EP, Starr collaborated with songwriters and producers including Jeff Zobar who penned the title track, “Zoom In, Zoom Out” during the pandemic, and features Robbie Krieger on guitar; Sam Hollander who wrote and produced “Teach Me To Tango” – sending Starr a nearly completed track onto which he added vocals and, of course, drums; Starr co-wrote “Waiting For The Tide to Turn” with his engineer Bruce Sugar, adding Tony Chen and his extensive reggae roots; and “Not Enough Love In the World” which was written by long time All Starr member Steve Lukather and Joseph Williams. The EP is available March 19, 2021.

Starr has also released a new limited edition retrospective hardcover book titled “Ringo Rocks: 30 Years of the All Starrs” will be sold online exclusively for $39.99 via Julien’s Auctions. This not to be missed commemorative photo memoir features some never-before-seen photos of the All Starr Band’s 30 record-setting years in the spotlight and life on the road, compiled by Henry Diltz and Jill Jarrett (who have followed Ringo Starr’s All Starr career since 1989), as well as exclusive images from many other photographers and members of the touring crew. Accompanying the photos are Starr’s candid stories, looking back on his legacy as the leader of one of the longest running live touring bands in the world – and all that goes into managing a band of music legends – and looking ahead to the All Starrs’ future making music together in a post pandemic world. The book kicks off with a forward by Starr’s dear friend and brother-in-law, Joe Walsh, the renowned American musician, member of James Gang, the Eagles, and the Ringo Starr & His All Starr Band, and named one of the greatest guitarists of all time by Rolling Stone.