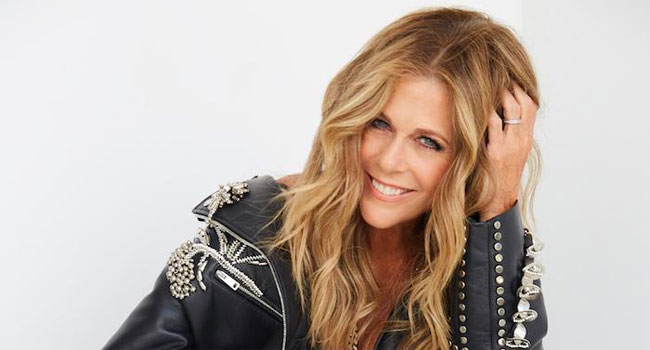 New original track is from the film The Outpost

Rita Wilson shares her new original song, “Everybody Cries,” from the new film The Outpost. A lyric video featuring striking scenes from the film can be seen below. Co-produced by Rita, Jason Larocca and Larry Groupé, the stirring ballad was co-written by director Rod Lurie, Wilson and Larry Groupé.

Wilson’s vulnerable and emotional vocals are on full display on “Everybody Cries,” along with delicate and stark arrangements. Musically the song perfectly captures the intensity and poignant themes of the film, conveying the struggles of war as Rita sings, “It’s the truth that makes us one, it’s the center of our sun. As we take the lonely path, on the road to the edge of man beneath the darkening sky, we curse and wonder why.”

The Outpost, directed by Rod Lurie is now in theaters and on demand. Released by Screen Media, a Chicken Soup for the Soul Entertainment Company, and produced and financed by Millennium Media, The Outpost hit No. 1 on iTunes on its July 3rd opening day and has remained in the top spot since. It is Certified Fresh on Rotten Tomatoes, with a 91% rating. The screenplay is from Oscar-nominated screenwriting duo Paul Tamasy and Eric Johnson (The Fighter), and stars Scott Eastwood, Caleb Landry Jones, and Orlando Bloom. Jack Kesy, Cory Hardrict, Milo Gibson, Jacob Scipio, Tayler John Smith, Kwame Patterson, and Henry Hughes. The Outpost was produced by Paul Merryman, Paul Tamasy, Marc Frydman, Jeffrey Greenstein, Jonathan Yunger and Les Weldon; and executive produced by Avi Lerner, Trevor Short, Rob Van Norden, Boaz Davidson, John Kalafatis, Tommy Vlahopoulos, Joanna Kalafatis, Jake Tapper, Eric Johnson and Andrey Georgiev. In this military thriller, based on The New York Times best-selling non-fiction book, The Outpost: An Untold Story of American Valor from CNN’s Jake Tapper, a tiny unit of U.S. soldiers, alone at the remote Combat Outpost Keating, located deep in the valley of three mountains in Afghanistan, battles to defend against an overwhelming force of Taliban fighters in a coordinated attack. The Battle of Kamdesh, as it was known, was the bloodiest American engagement of the Afghan War in 2009 and Bravo Troop 3-61 CAV became one of the most decorated units of the 19-year conflict.

Displaying Wilson’s incredible range as a vocalist, and her ability to effortlessly slip in between genres inclusive of folk, pop and country, she also can be heard on Jimmie Allen’s new track “When This Is Over” along with the Oak Ridge Boys & Tauren Wells. Wilson is in amazing company on Allen’s star-studded EP release, Bettie James, along with Brad Paisley, Darius Rucker, Tim McGraw and more.

It’s been a busy summer so far for Wilson. She was a triple threat on The Country Music Association’s CMA Summer Stay-Cay presented by Budweiser Nitro Gold, live streamed on July 1st. Wilson and Allen appeared together for a fun Q&A; she was the winner of Bobby Bones’ “Super Easy Trivia” game, and also performed her latest single, “Where’s My Country Song?.” Sounds Like Nashville raved about the song, saying, “women all over America will feel as though they’ve found their theme song” while CMT noted, “it’s about time for more of those kinds of songs,” and HuffPost commented it’s a “track about women that feels particularly poignant right now.”

Rita Wilson has been celebrated for her work as an actress, film producer, and philanthropist. In March of 2019 she received a Star on the legendary Hollywood Walk of Fame celebrating her rich career in such classics as Sleepless in Seattle and Now And Then. With her first love being music, Wilson has four studio albums under her belt; her artistic journey has gained the respect and admiration of both fans and critics alike. Her most recent album Halfway to Home, and its single “Throw Me A Party,” had the likes of Rolling Stone praising it as “inspiring” and “evocative,” Over the last several years, she has toured the world over performing on the iconic stages of the Grand Ole Opry and The Sydney Opera House among other legendary venues.