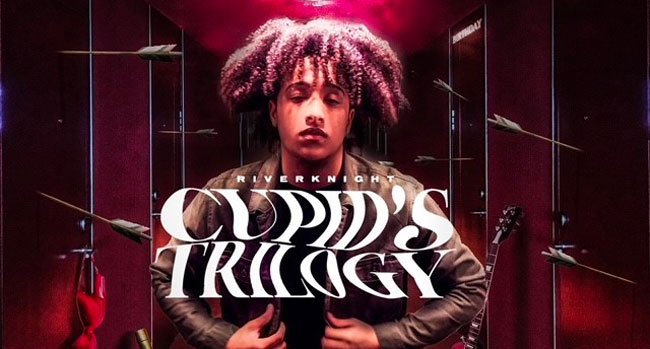 EP is available at all DSPs

Atlanta’s own Riverknight releases Cupid’s Trilogy EP today (Fri, Jan 29th). You may know the 23-year-old independent artist from the hit TV show The Family Chantel on TLC. However, this time you’ll be seeing him in a different light, literally. Music is where he unconditionally shines. Atlanta is known to be the epicenter for hip hop talent and there’s no denying that Riverknight fits right in with the crowd. From his compelling demeanor to his crisp style, Riverknight is onto something.

Each track is a part of a story in this concept EP. You have to listen to all three tracks to understand this unedited and raw version of a real life event. If you are like me, then you appreciate real artists who write with such honesty and credibility. The first track is titled “Birthday,” in which the rapper may have been a bit too drunk to attend as he fantasizes about a mystery lady at the event.

“Last October I was invited to a friends birthday party, and she was looking to good, and Hey, I may have had a little too much to drink because I was feeling things I never felt before,” he says.

He says this mystery lady definitely challenges him, and inspires him to reach new heights with his music.

In “Sober Thoughts,” Riverknight tells the mysterious woman that his words were sincere. The lyrics are sincere and describes some of their conversation which draws you in. The chorus partially reads, “Please check your phone, bae, yeah i’m coming over/Last time we spoke, you said I’m drunk but now I’m feeling sober.”

The final track, “Yours Truly” is a mid-tempo track that describes the relationship with this mysterious lady.

“This song is just about me having stronger feelings and us being in a good place and bragging to some degree. It just shows a ‘How do you like me now?’ moment,” Riverknight shares. “Also, It’s kind of like me leaving my last impression because when you write a letter you say ‘Sincerely’ or “Yours Truly.'”

For inquiring minds, he says that he and “ol’ girl” are still very close and connected.

It’s not every day a young reality TV star explores his utmost passion, but Riverknight has been hitting the ground running over the past year. He’s really serious about music.

“I want people to know that music is really my passion,” he claims. “Music has really saved my life many times. I have a lot of songs that will not be released that are just for me and is like my therapy. I was depressed for a long time, and music continues to save me today. It keeps me level headed and it balances me out.”

Cupid’s Trilogy is playful, concrete and clever. If you enjoy hip hop music, you should lend your ears for this release which can be streamed on all streaming platforms. It may be a cold January, but Riverknight is about to bring the fire.

Southern WV born and bred who is a lover of all things country. She's a mother of two and professional hell raiser. Brittany will pop in from time to time as a Guest Columnist who will present her unfiltered thoughts on the most recent country concerts and maybe an exclusive interview or two.

Neurotix bringing grunge back with ‘The Basement Recordings’

Savage Henry and the Infamous One Pounders ‘Get Off Easy’ 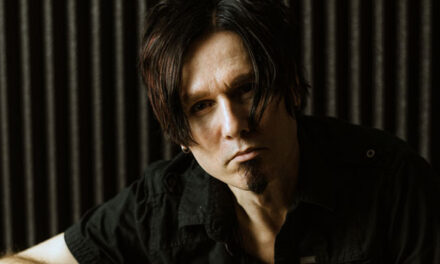