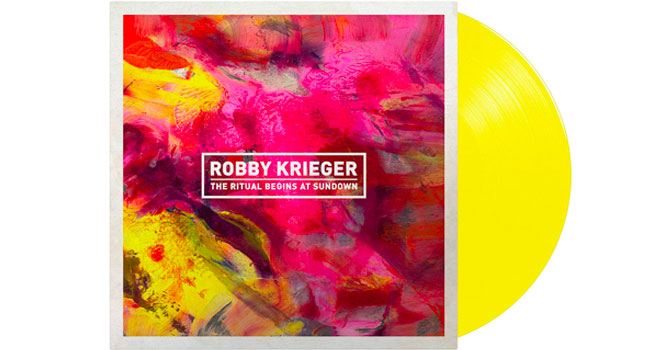 Doors guitarist Robby Krieger is set to release his long-awaited seventh studio album The Ritual Begins At Sundown on CD and colored vinyl August 14th via The Player’s Club, a division of the Mascot Label Group. The project, his first in a decade, was slated to be released in April, but pushed back due to COVID-19.

The album was produced by former Frank Zappa bassist Arthur Barrow, who has produced all of Krieger’s solo projects. Krieger tells Billboard the instrumental album features multi-textured experimental jazz and progressive excursions of artists like Zappa than his previous efforts.

“If you had to categorize it, I guess it’s a jazz album,” says Krieger. “The progressions are jazz, but there’s a little Zappa in there and a little Doors. Hopefully, it’s not just a straight jazz album. I think it’s more unique than that.”

The album took five years to complete as most of the songs were collaborative efforts and each musician had specific availability. The project features conventional jazz numbers like “What Was That?” and “Bianca’s Dream,” along with a cover of Zappa’s “Chunga’s Revenge.” The album also features jittery Zappa-inspired pieces with abrupt rhythm shifts and unconventional tempo changes.

The Ritual Begins At Sundown blends Krieger’s love for painting as well, which is being used as the cover art.

“There’s a lot of similarities for me between music and painting when it comes to being creative,” he shares. “But there’s one big difference: Music is an immediate thing where you play what’s in your head in real time, whereas with painting you can take all the time you want.”

The Doors weren’t just one of the most iconic bands of their generation, but one of the most influential bands in rock history and Robby Krieger was responsible for writing some of their biggest hits in “Light My Fire,” “Love Me Two Times,” “Touch Me” and “Love Her Madly.”