As a drummer, the Zildjian family has no doubt had a huge impact on my life. I’ve been drumming since I was four years old and have always loved Zildjian cymbals. I’ve owned a variety of cymbals including Sabian. Their sound is very unique with darker, more sustainable tones which is probably why I favor Zildjian’s mellower but quicker response.

I am saddened to report that Sabian founder, Robert (Bob) Zildjian has passed away Thursday, March 28th at the age of 89. Reports indicate he died of cancer.

The following message was posted on Sabian’s website Thursday morning:

“It is with deep, deep sorrow that we announce the passing of Robert ‘RZ’ Zildjian, our beloved founder and leader. A tireless and dynamic force within the drum industry, he inspired each one of us in the Sabian family to work harder, to reach farther, to make a difference – and he led us by example,” the message says.

“His professional story is well known. Having been dealt a major career setback at an age where most men would have opted for retirement, RZ instead chose to re-invent the cymbal business with his own hand-crafted brand, a brand that would forever change the face and sound of popular music. With his bare hands he shaped the Sabian cymbal brand into his life’s story – and by extension we became his family.”

We mourn his passing, and he will be forever in our hearts. But we are better people for having known RZ, and we are richer for having worked alongside him. We draw comfort from the knowledge that his spirit will live on in the music made by drummers the world over.

They have set up a guestbook for those who would like to sign it. You can even read what others have posted.

I have written some insight as to how tension within the Zildjian family went on to create two of the most powerful and famous musical brands in the world. It’s quite an intriguing story for those who aren’t familiar with it. If it weren’t for their “issues,” drummers would have one less choice in cymbal preference. Even though I prefer Sabian’s counterpart and namesake, they still make one hell of a cymbal. Many of the world’s most famous drummers such as Terry Bozzio, Ray Luzier of Korn, Billy Cobham, Neil Peart of Rush, Mike Portnoy, Tony Royster Jr., and Chad Smith of the Red Hot Chili Peppers and Chickenfoot are endorsed by Sabian.

“With his bare hands he shaped the Sabian cymbal brand into his life’s story – and by extension we became his family.”

Four hundred years ago, the Zildjian family changed drumming forever. That’s when Avedis Zildjian created the first Zildjian cymbal in Istanbul. It was during the 17th century, long before the days of rock and roll, that this creation was developed. So what were cymbals used for back then?

Zildjian wanted to find a way to turn base metal into gold, so he created an alloy by combining tin, copper and silver. This formed a sheet of metal that could be used to make musical sounds without shattering. These instruments were used as tools to frighten the enemies of the Ottoman Empire until the 19th century when they began manufacturing them as musical instruments.

During the Great Depression in 1929, the Avedis Zildjian Company was founded by Bob’s dad, Avedis. From the first cymbal to today, only the company’s heirs were to know the manufacturing process and tools used to develop such great sounding cymbals. Tradition had it that the company would be passed down by the head to the oldest son. When Avedis died in 1979, he left both of his sons, Bob and the eldest Armand the company with Armand having the controlling share and becoming Chairman of the Board. This caused a feud between the two brothers that resulted in two years of litigation.

The dispute resulted in Bob leaving the company and forming Sabian Cymbals in 1981 while his brother continued to run the Avedis Zildjian Co. The two companies instantly became rivals and have become two of the major four cymbal manufacturers in the world along with Paiste and Meinl.

The settlement had Robert agreeing not to use the Zildjian name nor claim his cymbals were the same, although both manufacturers use the same bronze consisting of 80% copper and 20% tin with traces of silver. However, their sounds are not the same. Many drummers claim Sabian cymbals have a darker sound because of their thickness and weight and sustain longer while Zildjian cymbals have a faster response which gives a mellower sound. All of these traits, of course, depend on individual cymbal models.

The name Sabian is an acronym formed from the first two letters of his three children’s names: Sally, Bill and Andy.

R.I.P. Bob! You will be sorely missed! 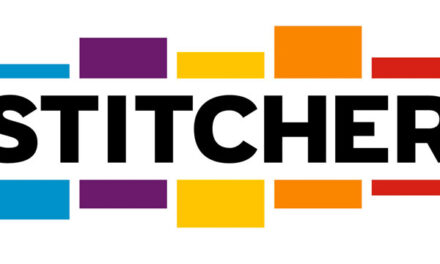